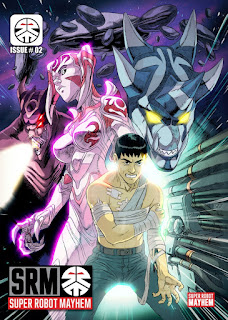 Hot on the metal heels of the release of the first issue of Super Robot Mayhem earlier this month, Subversive Comics have launched a Kickstarter to produce issue 2...


Raiden Nakamura is infected by an alien virus that causes him to bond with the mysterious mecha MAYHEM. Together, they are the only thing that stands in the way of the invading Demon Imperial Alliance. But Raiden’s union with MAYHEM comes at a price. Slowly losing his identity, Raiden’s battle for control threatens to destroy not only his sense of self, but also the existence of everything he holds dear.

The creators of the 5 issue series, writers Jeremy Biggs and Adrian Mursec along with artists Javier Bordon and Jon Scrivens, promise another trip into Manga style super robot science fiction and issue #2 picks up where issue #1 left off. This time out the story follows the aftermath of Mayhem's discovery, the encroaching DIA scout ships and the fate of Raiden Nakamura as he is infected by the virus that allows him to pilot the Super Robot "Mayhem", however that ability comes at the risk of losing his soul.

So, what do you get for investing your hard earned cash, as well as obviously pre-ordering the comic in either print or digital formats? Well, there’s not just one comic to choose from because, as well as the standard edition, the Kickstarter offers the new variant “deluxe” edition with extra material and artwork not available anywhere else and both are offered as perks. Not only that, you’ll get an exclusive SRM digital wallpaper with most of the perks on offer and there’s even a “making of” commentary pdf, giving a lot of concept art and materials, behind the scenes information from both issues, more pinups and artwork, the script for issue #2, interviews, inks and more. You can also catch up with the story by bagging issue #1 or treat yourself to signed postcards, prints and a stunning t-shirt. 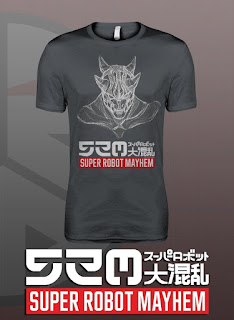 However there are also very limited perks with original sketches and inked pages up for grabs or you could immerse yourself totally in the story by getting a character profile portrait of you drawn and coloured by the artist and be included in issue #2 itself.

The Kickstarter runs until October 19th and has an ambitious "all or nothing" target, so the guys at Subversive really need your help. Watch the comic’s trailer and support the Kickstarter HERE.

Super Robot Mayhem is published by Subversive Comics and Issue #1 is available now at www.subversivecomics.com or via the Kickstarter of course.