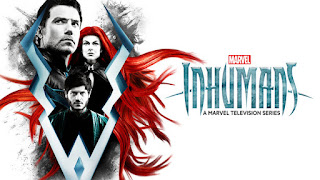 Marvel's new series Inhumans is coming to Sky 1 this autumn...

Marvel’s Inhumans explores the never-before-told epic adventure of the Royal Family including Black Bolt, the enigmatic, commanding King of the Inhumans, with a voice so powerful that the slightest whisper can destroy a city. After the Royal Family of Inhumans is splintered by a military coup, they just manage to escape to Hawaii where they are greeted with surprising interactions with the lush world and humanity around them. Now they must find a way to reunite with each other and return home to Attilan before their way of life is destroyed forever.

Dayna Donaldson, General Manager, Media Distribution, Disney UK & Ireland said,"Marvel storytelling is on a cinematic scale - and Inhumans' production values certainly live up to this. The series has created buzz from right back at its inception, and we're excited to be working with Sky 1 to launch Marvel's Inhumans to its viewers, following its preview on IMAX, a world first in television."

Who's Who on Inhumans: 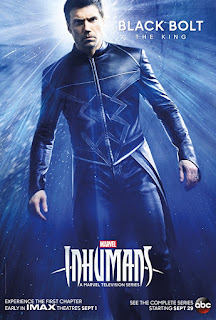 Anson Mount as Black Bolt– The enigmatic, commanding King of the Inhumans, with a voice so powerful that the slightest whisper can destroy a city 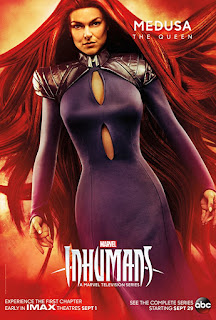 Serinda Swan as Medusa – Queen of the Inhumans and wife of Black Bolt — his most trusted advisor, a fiercely resilient warrior who has the ability to move and control her hair the way most people use their hands and fingers. 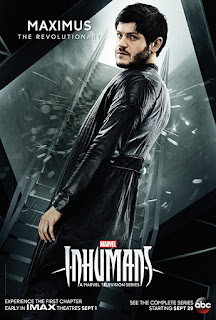 Iwan Rheon as Maximus –the clever and charming Inhuman that is fiercely devoted to the people of Attilan, especially his brother, the King – although he harbors an intense desire to wear the crown himself. 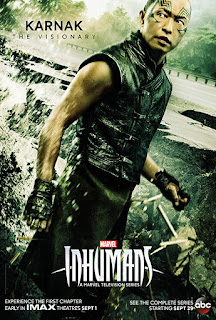 Ken Leung as Karnak – Cousin and closest adviser to Black Bolt. His gift is an ability to see the fault in all things – people, plans, structures, everything. He’s Black Bolt’s most ardent supporter and strategist and is often seen as the royal family’s planner and philosopher. 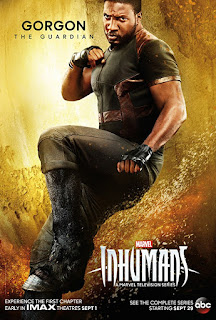 Eme Ikwuakor as Gorgon – Cousin of Black Bolt, member of the Royal family, and leader of Attilan’s military. With super strong legs, complete with hooves, he can generate destructive seismic waves with a single stomp makes him a force to be reckoned with among Inhumans. The yin to his cousin Karnak’s yang, Gorgon would rather fight than talk to solve his problems. 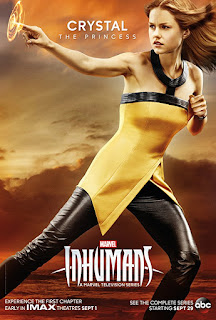 Isabelle Cornish as Crystal – Medusa’s sister, Crystal, is the youngest member of the Royal family and has the ability to control the four elements of fire, earth, water and air. Impetuous and independent, she is also deeply devoted to her family. 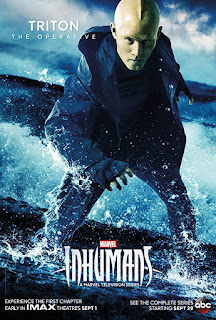 Mike Moh as Triton – Black Bolt’s cousin, he’s calm under pressure and supremely athletic. His gift is his fish-like ability to live underwater. 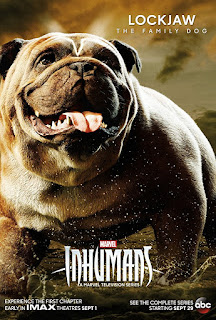 Lockjaw as himself – Crystal’s 2,000 lb canine (yes, a dog! a very very big dog) companion with the ability to teleport.