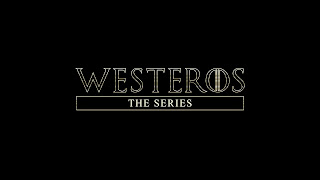 PLEASE LET THIS BE A THING! Watch the trailer that looks like House of Cards/Mr Robot does Game of Thrones in Westeros: The Series...

The more things change. The more they stay the same.

Is this real? Is it fan made? A trailer for Westeros The Series hit the interwebs this week and it looks EPIC!

It's already well known that there are 4 or 5 spin-off shows of Game of Thrones in the works although we don't know any more than that about any of them. If this was one of the concepts it would definitely capture the "anti-fantasy dragons and shit" audience that didn't watch the original GoT.

Set in an ultra modern city of sky scrapers, riot police, anarchy and political campaign rallies, this could be any alternative reality story... but then we see the wolf, the blue eyes, the throne and the name of the Prime Minister... Lannister. Could it be that Nuclear Winter is coming in 2019?

We know it's not really a thing but... Please let this be a thing...