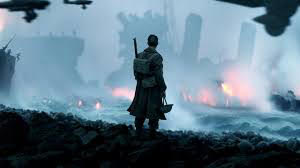 Dunkirk, American Made, The Emoji Movie, Annabelle: Creation and The Hitman’s Bodyguard are among the new Blockbusters available on Rakuten TV this December...

Rakuten TVs Christmas slate offers the latest box office hits, from horror to comedy for all the family to enjoy. Viewers will be spoilt for choice with titles such as Warner Brothers sensation Dunkirk, the haunting Annabelle: Creation, The Emoji Movie starring the voices James Corden and Anna Faris and Girls Trip serving up a critically acclaimed cinematic dish. Rakuten TV users will also be able to witness Tom Cruise’s performance as an airline pilot for the first time since Top Gun in American Made. This is just the beginning of the action offerings, which include The Hitman’s Bodyguard,  Detroit and The Dark Tower. Captain Underpants: The First Epic Movie, adds some "light hearted humor" to proceedings.

Rakuten TV currently provides an extensive catalogue of the latest movies and classic films to their users in the UK, for a cinema experience in their own home on a pay per view, rather than subscription, basis so you only pay for the films you watch, not a set fee per month.

The Hitman's Bodyguard
The Dark Tower
The Emoji Movie

Rakuten TV – “Your cinema at home” - is one of the leading Video-On-Demand platforms in Europe providing the latest movie releases with the latest technology in a true cinematic experience available on Smart TVs. Rakuten TV is currently distributed in 12 countries and it is part of the Internet and e-commerce Japanese giant Rakuten, now sponsor of FC Barcelona and The Golden State Warriors.