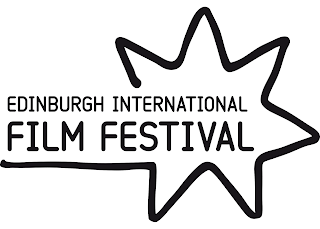 Edinburgh International Film Festival Senior Programmer, Niall Greig Fulton said: "In light of recent events on the other side of the Atlantic, Time of the Signs is designed to reflect important cultural issues in America today through the cinema of the country's past.” 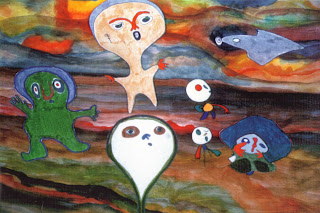 Additionally, a series of Academy Award® winning and nominated short films will screen as part of the programme including Women - For America, For the World (Vivienne Verdon-Roe, 1986), The Masters of Disaster (Sonya Friedman, 1986), Young at Heart (Pamela Conn, Sue Marx, 1987) and Frances Steloff: Memoirs of a Bookseller (Deborah Dickson, 1987).

Faith Hubley’s animated The Cosmic Eye, nominated for Grand Jury Prize at Sundance in 1986, will also screen alongside a programme of director Barbara Hammer’s short film work from the 1970s and 80s.

Fulton says: “American Woman: Female Directors in American Cinema will celebrate women in American cinema by highlighting the work of pioneering female directors of the 1980s. It's a truly breath-taking selection of films, revealing ground-breaking, insightful work that paints a fascinating picture of America at the time. This strand is complemented by a retrospective look at the essential, innovative work of the brilliant experimental filmmaker Barbara Hammer.” 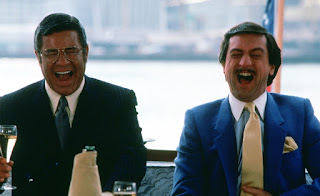 American Exposé: The Media in Mainstream American Cinema 1975-1990
Important contemporary issues are reflected in this strand with a topical selection of American films from 1975 to 1990 set to provide comment on our modern world. Titles screening include: the multi-award-winning Network (Sidney Lumet, 1976), The China Syndrome (James Bridges, 1979), Being There (Hal Ashby, 1979), a tribute to Jerry Lewis with The King of Comedy (Martin Scorsese, 1982), Absence of Malice (Sydney Pollack, 1981) and Broadcast News (James L Brooks, 1987).

Fulton says: “American Exposé: The Media in Mainstream American Cinema will explore the evolution of the crucial role played by the media in American society today. Focusing on subjects such as freedom of speech, fake news, the cult of celebrity and the power of investigative journalism, these classic films are as compelling and relevant now as they were in the 1980s.” 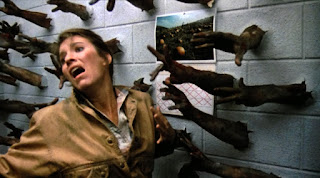 The American Nightmare: Horror in Mainstream American Cinema 1980-1985
From The Strain and American Horror Story to The Walking Dead and The Vampire Diaries, contemporary American television is saturated with horror derived from the genre cinema of the past. This strand presents a selection of highly influential titles from the early 1980s, a golden era for U.S. horror.

Fulton says: “The American Nightmare: Horror in Mainstream American Cinema examines the way in which genre cinema has affected popular contemporary American television, presenting a selection of highly influential titles from the early 1980s; a golden era for U.S. horror. It's an exciting late night strand, providing a rare opportunity for all the cult cinema fans in our audience to catch these dark gems in their full glory on the big screen." 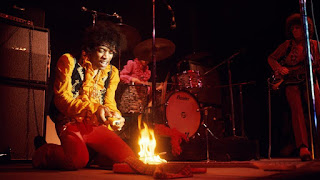 As an accompaniment to this year’s Retrospective programme, the Festival will also present a special Retrospective LIVE! screening of the wonderful and rarely-seen concert film Monterey Pop on Friday 22nd June as part of Summer Hall’s Southern Exposure Festival. DA Pennebaker’s classic document of the 1967 Monterey Pop Festival features performances from Simon & Garfunkel, Jefferson Airplane, The Who, Otis Redding, Jimi Hendrix and The Mamas & the Papas and will be played as if it were a real, live gig, transporting the audience back to the golden vibe of the 1960s, with full festival lighting and sound.