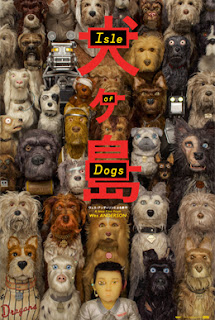 With the film in cinemas soon (30th in UK, 23rd in US), watch a behind the scenes look at the intricate handcrafted animation involved in Isle of Dogs...

Isle of Dogs tells the story of Atari Kobayashi, 12-year-old ward to corrupt Mayor Kobayashi. When, by Executive Decree, all the canine pets of Megasaki City are exiled to a vast garbage-dump called Trash Island, Atari sets off alone in a miniature Junior-Turbo Prop and flies across the river in search of his bodyguard-dog, Spots. There, with the assistance of a pack of newly-found mongrel friends, he begins an epic journey that will decide the fate and future of the entire Prefecture.


Here's the film's trailer so you can see how the end product looks:


and here's the fascinating featurette about how the animation was done.