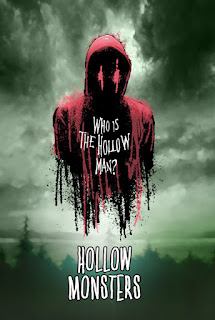 "A comic about nostalgia, friendship and fear." The comics legend that is Monty Nero kicks off the crowdfunding for Hollow Monsters #2 today. So just Who Is The Hollow Man?..


Set in the eighties, the Hollow Monsters series concerns the horrors experienced in a suburban forest by a gang of kids from a nearby estate, and how what happens there echoes through the decades with disturbing effect. Monty Nero calls it "a very spooky semi-autobiographical story about the nightmares at the heart of our society."

As with the first issue, doing all his own writing, drawing, colouring and lettering has allowed Monty to experiment with the look, feel and structure of the work in new ways. Combining manipulated typography with fluid drawing techniques he again literally blurs the lines between the verbal and the visual, the real and the imagined, the past and the present, to create "something ethereal, disturbing, and challenging."

The reception for the first issue, also funded through a Kickstarter campaign, was highly positive from both readers and reviewers and Monty said at the time "I feel very lucky. It all started as a reaction against high concept comics. I felt a burning need to write something intensely personal and meaningful without any thought on how it could be sold or explained to someone else. So, to see people connect with it now is exciting."

Off the back of that highly successful crowdfunder, the time has now come for Monty Nero to take issue 2 to Kickstarter and the campaign kicks off today.

So what of the perks this time? There's something for everyone in a range of perks that start from just £3 up to, well, whatever you want to pay really. As well as pre-ordering your copy of Hollow Monsters #2 in digital or print format you get the chance to catch up on issue 1, grab a deluxe edition (signed and dedicated with a free Hollow Monsters print and bookmark), pick up some neat badges or go the whole hog and order your very own Monty Nero commission as part of the deal. 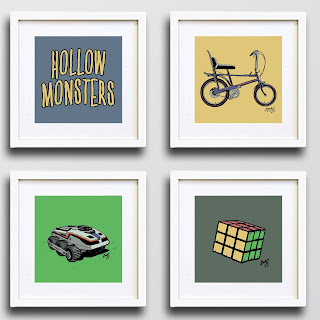 New this time are standalone rewards like Bespoke Retro Prints and Vinyl Die Cut Stickers but the perks we're saving all our pennies for is the Box Set edition which has very cool T-shirts in it. If you want to really splash the cash though there are some brilliant ultimate boxes, with rarities and unique specials, including the very popular "Ultimate Experience" of spending 2 days with the man himself in Dundee (including travel and accommodation) that looked so much fun last time out.

In an early bird special, FIRST DAY BACKERS of all physical print and merchandise rewards, i.e. anything that requires mailing in an envelope or parcel, will receive an exclusive Verity (from Death Sentence: London) Art Print signed by Monty himself.

The Kickstarter is now LIVE so find out more and pre-order all your Hollow Man goodies at http://kck.st/2JalnJS

Oh, and the answer to "Who is The Hollow Man" - according to a Twitter poll, it could well be Jan Hammer!