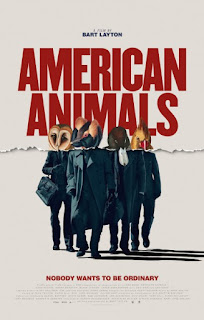 The unbelievable but mostly true story of four young men who mistook their lives for a movie and attempted one of the most audacious heists in US history; American Animals takes the thrill of the heist genre and turns it inside out, blurring the line between truth and fiction in a wild story of money, movies and the search for meaning.

Written and directed by Bart Layton and starring Evan Peters, Barry Keoghan, Jared Abrahamson, Blake Jenner, Ann Dowd, and Udo Kier, American Animals hits the big screens in the US in June after a successful Festival debut at Sundance earlier this year, and heads for the UK in September.


Watch the latest trailer from Film 4.