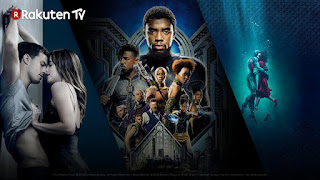 In June, Rakuten TV brings you back to the glamour of the Oscars and the beasts of the Box Office with the best new cinema releases to enjoy at home...

Viewers will be able to enjoy Guillermo Del Toro’s Best Picture Oscar-winner The Shape of Water and take a trip to Wakanda with Marvel’s Black Panther, while Avengers: Infinity War rages on at the cinema, breaking records along the way. These are two major films to offer the ultimate cinematic experience - whether you’re looking for a heart-warming romance between an unlikely pair or non-stop action with your favourite superheroes.

New to the 4K HDR library is Fifty Shades Freed – the climax [their word not ours - Ed] of the series for fans of the infamous Christian Grey and Anastasia, as things heat up for an explosive turn to their happy ending.

All these titles will be available through Rakuten TV on Smart TVs, tablets, PCs and consoles in the best audiovisual quality. Rakuten TV currently provides an extensive catalogue of the latest movies and classic films to their users in the UK, for a cinema experience in their own home on a pay per view, rather than subscription, basis so you only pay for the films you watch, not a set fee per month.
Head here to sign up and watch without the need for a monthly subscription.