Doctor Who - Human Nature & The Family of Blood 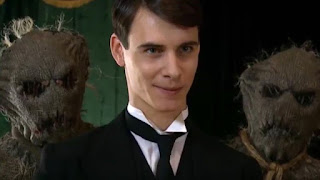 Our Doctor Who expert, Tony Cross, is journeying through all of time and space to bring us his thoughts on every available Doctor Episode. Today is the Tenth Doctor adventures Human Nature and The Family of Blood...

Paul Cornell adapted Human Nature and Family of Blood from his own Virgin New Adventure's novel Human Nature and has done a bloody good job of it with the help of a fantastic cast and a stonking central performance from David Tennant.

Human Nature starts with a zap, slows down as we establish characters and location and then gradually picks up both pace and atmosphere as we build towards a rather brilliant cliff-hanger. I miss a good cliff-hanger. Whilst Family of Blood picks up the ball and runs with it damn successfully.

There's more to this story that simply the Doctor v the Family of Blood. There's depth to this. There's meditations on war, on love, on loneliness, on courage and on death. There are two of the best speeches on and about the Doctor here to. Tim Latimer's (Thomas Sangster) "Fire and Ice" speech and Son of Mine/Jeremy Baines's (Harry Lloyd) "Fury of the Time Lord" speech , which are brilliant delivered.

Then there is John Smith himself. To hide from The Family the Doctor uses a 'chameleon arch' to change himself into a human being called John Smith. The Doctor leaves instructions for Martha to look after him and then, using a rather fetching fob watch, to bring his Time Lordiness back. The process is quite painful from Time Lord to human. We never see the reverse.

What we do see though is some brilliant acting from Tennant as it dawns on John Smith that bringing the Doctor back would mean his death. It echoes the Tenth Doctor's own regeneration in a way. All that is really missing is "I don't want to go." This is Tennant's strongest performance so far as we get to see what it means to be the Doctor and what it means to be human. As Joan Redfearn (Jessica Hynes) says about John Smith in the final few moments: "In the end, he was braver than you." And there's some truth in that. To save a village, to save a world John Smith must die. And he must choose to die.

What the Doctor over-looked was that John Smith might fall in love, which he does. With the school matron, Joan Redfearn. Jessica Hynes is wonderful as Joan, especially at the end when John Smith is struggling and the Doctor returns. The scene when the Doctor asks her to come with him right at the end is heart-breaking. (Yes, I admit to further tears)

You also end up feeling sorry for poor old Martha who has been dragged along in the Doctor's wake, forced to play the part of a maid whilst being mocked by brats, racially abused (unpleasantly but rather gently this being Doctor Who) and constantly told off by John Smith (and others) for getting ideas above her station. I'm surprised by the end she doesn't just give the Doctor a whacking great slap and tell him to go do his own thing. 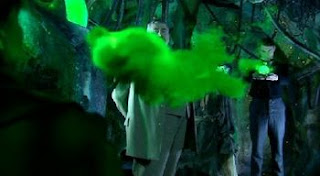 To cut a long article short this is exceptional Doctor Who and rather good television drama full stop. There's hardly an off-key performance. The actors playing the Family of Blood are brilliantly sinister with Harry Lloyd (as snotty school boy Jeremy Baines), Lauren Wilson (as the little girl Lucy Cartwright/Sister of Mine), Gerard Coran (as Mr. Clark/Father of Mine) and Rebekah Stanton (as Jenny/Mother of Mine). They're all different looking but equally sinister and creepy. Lauren Wilson's dispatch of the Head Master being a particularly nasty moment.

But there's so much to this story. The foreshadowing of World War One in both speeches and in the battle sequence when a bunch of school boys go to war. The Doctor's loneliness and his alienness.

There's also what it means to be human. To be alive. In the end John Smith was just a story but in the end isn't that what we all are: stories and memories and that part of being human is that creation of self. That there is in all of us the capacity to do great good and great evil. That it is we who decide what we should be (both internally and how we are perceived by other....

Sorry I think I've just gone a bit off the beaten track there.

I like this story. I hope you do too.

And I don't know if I've quite done it justice.