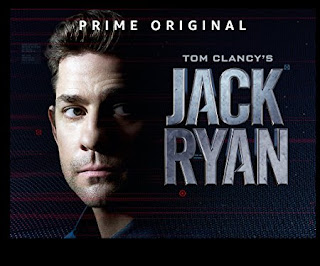 Amazon Prime's new TV thriller is centred on the Tom Clancy hero as he transforms from analyst to super-agent.

When CIA analyst Jack Ryan stumbles upon a suspicious series of bank transfers his search for answers pulls him from the safety of his desk job and catapults him into a deadly game of cat and mouse throughout Europe and the Middle East, with a rising terrorist figurehead preparing for a massive attack against the US and her allies.

Created by Carlton Cruse (Lost, Bates Motel) and Graham Roland (Fringe) using the characters and books of Tom Clancy, the series stars John Krasinski (yes, Jim Halpert from The Office but don't let that put you off) as Ryan, alongside Abbie Cornish and Wendel Pierce. And the show has already been guaranteed a second season, as it has been picked up again by Amazon before the first season even premieres.