Doctor Who - The Sontaran Stratagem & The Poison Sky 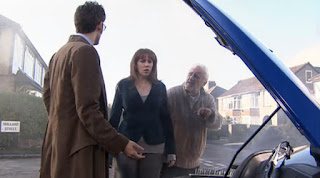 Our Doctor Who expert, Tony Cross, is journeying through all of time and space to bring us his thoughts on every available Doctor Episode. Today is the Tenth Doctor adventures The Sontaran Stratagem and The Poison Sky...

The Sontarans are back. And they're short. General Staal (Christopher Ryan, returning to Doctor Who, from Mindwarp) is your main Sontaran and I like the cut of his jib. The new design is great. I don't know why but Sontarans being short feels right. The gigantic ones from The Two Doctors must have been part of a faulty clone batch or something.

This story also sees the debut of Dan Starkey as Commander Skorr. Starkey is now the go to guy for Sontarans in Doctor Who and does a fine job here of giving a bit of nastiness - especially during the UNIT massacre scenes - the Sontarans need to balance out their comedy touches. The problem with the Sontarans is that they take themselves far too seriously, which makes them easy to mock.

UNIT is back. And the poor buggers still function as the Doctor Who equivalent of Red Shirted Security men in Star Trek. There's an attempt to make these deaths more meaningful by giving us Ross Jenkins (Christian Cooke) to get to know a bit but that doesn't quite work for me. His death seems a tad arbitrary in the end. Almost an excuse for the Doctor to get all sad faced.

UNIT must have the highest casualty rate of any of the UK's armed services. Once upon a time of course they were seconded from the British Armed Forces. Now it looks like they've gone all paramilitary, although their UK officers do seem to be wearing standard army kit. Not that it really matters. Plus, for a top-secret security organisation their security sucks.

Of course there's no Brigadier Lethbridge-Stewart, he's stuck in Peru. So, we get one of his replacements for the Doctor to mock, scold and annoy. In this case Colonel Mace, played by Richard Holliday-Evans. Holliday-Evans does a good job and I like his belligerent little speech towards the end of The Poison Sky when he gets to basically say what I suspect UNIT have been longing to say for decades: "Stop mocking us, our weapons and our technology because we are sorted, and we are coming for you."

The only problem I have with Holliday-Evans is I remember him as one of the 'Double Take Brothers' from Harry Enfield - For You Youngsters Out There - which makes things a bit weird. For me.

There's a nice throwaway line about the Doctor working for UNIT in the 70s (or was it the 80s) that fails to answer the UNIT dating controversy question in the best and most amusing way possible. 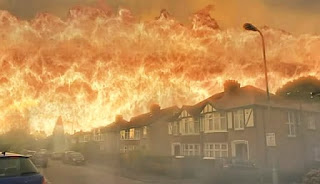 Martha is back too. Now she works for UNIT or, as Donna says, "So you made her a soldier." It's an interesting change of tack for Martha. Alas this isn't one of Martha's best adventures as she gets zonked and cloned damn sharpish. The Martha we see for most of the rest of the story is a clone. The Sontarans are clones themselves - even if they're not quite as identical as everyone likes to pretend - so it makes sense for them to be able to exploit cloning to their advantage. The Doctor, of course, susses the cloned Martha straight off but uses her for his own purposes.

Actually the Doctor is rather rude and ruthless in this story until right at the end and it's the Doctor's bit at the end that doesn't work for me. His 'I'll press this button' bluff is called pretty much instantaneously by General Staal and the rest of the 'I will' stuff from the Doctor just looks silly and as if the Doctor's a bit of a coward. No, I'm not sure how you could have done it better - maybe something River Songesque - but it almost looks like padding. Tennant's another Doctor who isn't that convincing when he's shouting, which as I've said elsewhere I like.

It does give Luke Rattigan (Ryan Sampson) aka the annoying boy genius a chance to redeem himself, although he never struck me as the self-sacrificing type up until that point. His manipulation at the hands of the Sontarans - and how they got in touch with him is not really explained - is rather cruel. The Doctor's nice little speech about intelligence and loneliness is the touchstone for Rattigan. Clearly the brightest guy in the room, it's made him lonely and it's made him desperate and it's made him that classic Doctor Who figure: the man who thinks the end justifies the means.

Martha's appearance of course slightly side lines Donna and gets us a chance to be reminded of families, importance thereof. In Donna's case it's a good thing as we get more time with the quite magnificent Wilfred Mott (Bernard Cribbins). Cribbins is brilliant. Full stop. The more of him we get the better in my view and he plays nicely off Catherine Tate too.

Donna gets a moment or two of her own though: The 'Super Temp' moment and her stealthy dispatch of a Sontaran being rather brilliantly done because she flags up the fact that Doctor Who often ignores: death is a possible outcome. But Leonard Cheshire* always said that he thought the greatest type of courage was that displayed by those people who were afraid but went on and did what they had to do. Donna displays that kind of courage and step-by-step she's becoming a different person.

I haven't mentioned much about the plot. It seems very un-Sontaran in pace and preparation but then you remember that back in The Sontaran Experiment they were willing to let Styre faff around experimenting on people before invading so I suspect for all their bluster the Sontarans are a race of bureaucrats and box tickers as well as warriors.

Things are nicely paced and having the second episode allows a bit less of a rushed ending but I'm not sure that if the gas is so flammable it wouldn't....and why does ATMOS stop working after the fireball and not...plus there's....

OK so not everything works if you start picking at it but like all of the Fourth Series so far I did enjoy this. It's possibly the most 'traditional' story of Series Four so far but it is entertaining and comfortable (if that's the right word). Special effects aside this could be a Doctor Who story from almost any period in its history (well, with a tweak here and there).

To cut a long article short. Again. I liked it.

Nice cliff-hanger into the next episode too.