Documentary - Another World We Are Making 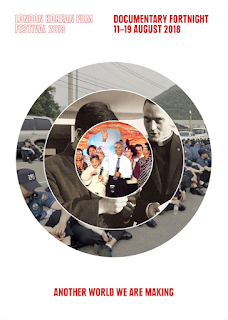 Based around themes of social justice and political resistance, this unique documentary programme will see acclaimed directors Kim Dong Won and Song Yun-hyeok present their films across two weekends, joined by noted critic Nam In Young for a selection of free screenings, panel discussions, and in-depth conversations.

The work of political filmmaking collectives gained recognition globally in the 60s, with Japan’s Ogawa Shinsuke and his ‘Ogawa Pro’ group being a notable example. Britain had its own collectives organised around common political causes too. Amongst others, feminist film groups formed across the country in the 70s and 80s, with the Greenham Commons all-women anti-nuclear project garnering particular recognition. This culture emerged in South Korea in the late 1980s with a few film collectives whose aims were to document and resist social injustice, of which Kim Dong Won and his P.U.R.N. Production collective are exemplary. Kim became a major figure in the scene, inspiring his fellow documentary filmmakers thanks to the intimacy of his relationship with his subjects, as well as his approach to recording them. The country has continued to produce an impressive volume of politicallydriven documentaries each year, films that reflect and engage with the rapid social change and political upheaval of the past few decades.

The LKFF are delighted to bring Kim Dong Won to the UK to present a selection of his works from the past four decades along with films by two young filmmakers actively involved in documentary film collectives, Park Bae-il and Song Yun-hyeok.

All screenings and events are free to attend (note: booking is essential):

Kim Dong Won - Kim Dong Won is a Seoul-based filmmaker focused on exploring the lives of marginalised people and shedding light on previously overlooked moments in history. Best known for his documentary films Repatriation (2004) and 63 Years On (2008), Kim has won numerous awards for his filmmaking including the Freedom of Expression Award at the 2004 Sundance International Film Festival and the Special Jury Prize at the 2004 Busan Film Critics Awards.

Song Yun-hyeok - Song Yun-hyeok is a documentary filmmaker and member of the independent documentary group Docu-in. Song completed his first feature film, A Slice Room, in 2016. The film won numerous awards and critical acclaim upon its release, cementing Song as a vital new voice in South Korean filmmaking.

Nam In Young - Korean documentary film expert Nam In Young is the director of the Im Kwon-taek Film Archive and Research Center at Dongseo University in Seoul where she teaches Korean film history and documentary film practice. She has co-authored several books on Korean cinema, including Korean Documentary Film Today (2016).

Chris Berry - Chris Berry is Professor of Film Studies at King’s College London, and his academic research is grounded in work on Asian cinema. 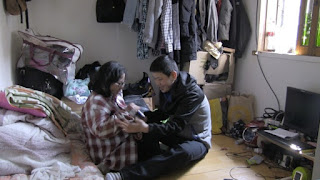 A Slice Room refers to a type of small room, which is inhabited by those South Koreans unable to afford rent in Seoul. Director Song Yun-hyeok rents a room in these temporary apartments and portrays both their day-to-day lives and the stories behind what brought them there.

A selection of Korean dishes will be served as audiences are given the opportunity to chat with the filmmakers.

2:30pm: The Sanggyedong Olympics + The Six Day Fight in Myeongdong Cathedral + Conversation with Kim Dong Won and Nam In Young 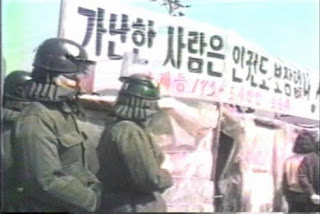 Under the auspices of preparing for the 1988 Seoul Olympics, the government planned and pursued ‘redevelopment’ projects in 50 selected areas of the capital. Sanggye-dong was one such area… 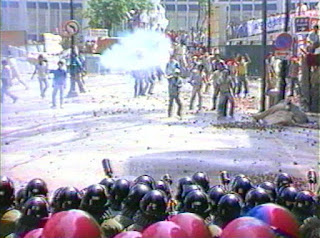 For five days in June 1987, hundreds of student protesters and ordinary citizens found themselves having to take refuge from riot police and staging a sit-in protest at the Myeongdong Cathedral in Seoul. This film is an attempt to reflect on and make collective sense of the course of events.

Join us for a drinks reception where audiences will have the chance to chat with the filmmakers and enjoy a selection of drinks including Korean So-ju. 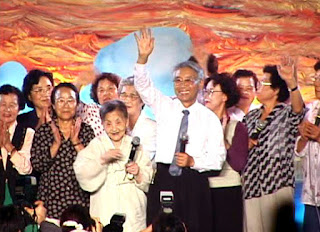 Critic Nam In Young will walk us through the history and particular characteristics of the Korean independent documentary scene, from the late 1980s to the present day while filmmakers Kim Dong Won and Song Yun-hyeok, will discuss working with collectives to produce documentary films highlighting the resistance and activism movement in Korea.

6:15pm-7:15pm: Drinks (Korean drinks provided) Join us for a drinks reception where audiences will have the chance to chat with the filmmakers and enjoy a selection of drinks including Korean So-ju. 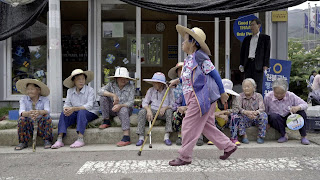 Soseongri is the portrayal of a community of senior citizens whose way of life is threatened when the decision is made to place the US THAAD anti-missile system in their village. 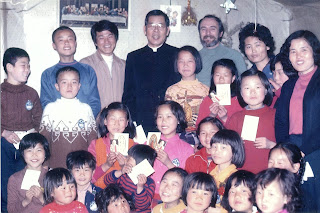 Kim Dong Won's most recent film to date is a heartfelt tribute to Father Jung Il-woo, a North-American Jesuit priest who dedicated his life to political activism and doing charity work for the poor urban and peasant communities in South Korea.