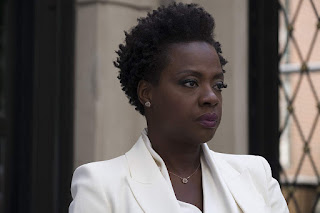 Based on the classic Lynda La Plante TV series, watch the latest trailer for Widows...

From Steve McQueen (12 Years a Slave) and co-writer Gillian Flynn (Gone Girl) comes a blistering, modern-day thriller set against the backdrop of crime, passion and corruption.

Taking place in contemporary Chicago, amid a time of political and class turmoil, tensions build when Veronica (Viola Davis), Alice (Elizabeth Debicki), Linda (Michelle Rodriguez) and Belle (Cynthia Erivo) take their fate into their own hands and conspire to forge a future on their own terms.

From Twentieth Century Fox, Regency Enterprises and See-Saw Films in association with Film4, Widows opens the London Film Festival on 10th October and is released in cinemas across the UK and Ireland on 9th November.