Doctor Who - The Woman Who Fell to Earth 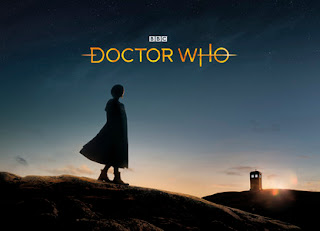 In case you too have just regenerated and aren't sure of anything, the new series of Doctor Who started last night. Steve Taylor-Bryant sought the opinion of people far more important than he is on the opening episode...

I went into tonight’s Doctor Who conflicted. I’m not one of those who is against a female Doctor, in fact Jodie Whitaker was one of my choices for the role awhile ago, see here for evidence your honour, but in that same article I mentioned my disillusionment at Chris Chibnall being show runner. So, as a life long fan, I have that battle in my head between my hatred of a poor writer and my excitement of a brave casting choice. But during its advertising and hype I realised something special. I am now a parent of young children, I am now in the position that my folks were in all those decades ago, where my thoughts on a show don’t matter I just look at my children and see if the show works for them. I adored most of the Moffat era but mainly because the guy produced a quite complex and on occasion dark Doctor Who, he made Who for me the adult. But now I have a twelve year daughter and a six year old son that are desperate for science fiction that’s for them, they don’t want to borrow mine anymore, and so this isn’t a review of the first episode I shall leave that to Tony Cross our Who expert, this is written from the point of view of a parent. Whether I liked it or not is irrelevant, it’s about my youngest and whether they got the levels of enjoyment I did in the early 1980’s. 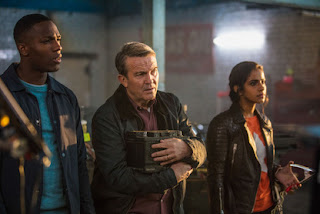 I got plenty of “proper scary” and “she’s really crazy” which was a good start. Having a character with dyspraxia was incredible for us as we have dyspraxia in our family so to see some of the daily difficulties and hear some of the in-jokes was also very welcoming. The youngest had moments reminiscent of my old ‘behind the sofa’ ones except for you can’t get behind our sofa, so there was much cuddling during the scary bits. But there was also some wandering about and excerpts of boredom during all the talky bits, and the same joke about the Chase being on whenever Bradley Walsh’s character ran anywhere. Some moments you could see the sheer dread on their little faces, and their sadness at other times and that’s what matters.

This has always been the point of Doctor Who, the ability of a story to take you on an epic journey of emotional discovery. To be honest I thought the episode was okay, more than passable considering its writer, very witty, Jodie was highly watchable, but parts of dragged and I don’t think the hour format works. My kids thought the story was brilliant, they were excited in the right places and sad in the right places and tired when it was over, all the things as a parent you want to see your developing children grasp and understand. There were too many periods of nothing happening for them though and my youngest thought it was too long and should have gone from action to action and less talking. All in all though a successful debut for a new actor, some already loved companions, and a great slice of family time. Can’t be bad.