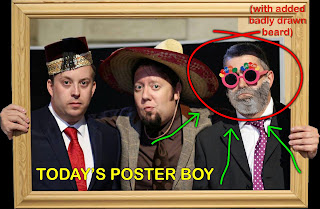 In the run-up to Christmas, our own version of The Three Wise Men reveal five of the classic film posters that have adorned their bedroom walls down the years. Today's Poster Boy (with added badly drawn beard) is Ian Ham... 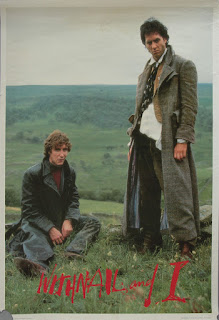 The very first film poster I remember owning was from Withnail and I. The first wall it got attached to belonged to my parents’ house when I was in the sixth form in the early 90s. My friends and I had regular film nights – either in each other’s houses or at the local cinemas. There was little else to do in a small Cotswold town when you’re too young to get served in the pubs. A that stage, Withnail was already being talked about as a cult film, but in those pre-internet days it was a little harder to share your appreciation of it. Amongst the Mel Gibson and Bruce Willis VHS tapes we’d rent every week was this little British gem of a film we found. We loved it instantly, but the love became a passion when one of us discovered that there was a drinking game attached to it. That VHS tape and that drinking game are responsible for at least two of my lifelong friendships. I have other friends that don’t like the film but, clearly, they are wrong.

But back to the poster. It seems to capture the black humour and melancholy of the film perfectly. It’s a simple photo of the two stars of the film staring down the camera lens, with the logo of the film stamped at the bottom. I think it’s the way the characters are dressed that captures my attention.

The years rolled by, and the next place the poster found to attach itself to was the back of the door in my first-year halls of residence at university. It was a small piece of home that I took with me for my first few steps into the big wide world. As proof, here is that very poster, along with myself and a couple of other young adventurers. The poster must be doing something right, as one of the people in that twenty-two-year-old photo is still a very good friend of mine. And the other has been my wife for the last ten years. 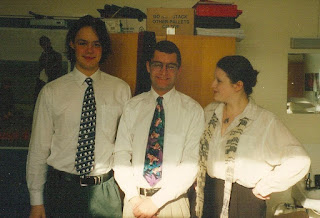 My walls at uni were looking a bit bare. I noticed that heavily weighted metal bottomed signs had popped up all over uni announcing that a poster sale was coming up at the Student’s Union, so I decided that I should go and buy a few more to cover the gaps. I came home with posters for Leon and Trainspotting. Those three film posters (along with various albums posters and others) saw me through the rest of university. Oh, if those posters could talk, they probably wouldn’t say anything very much of interest. 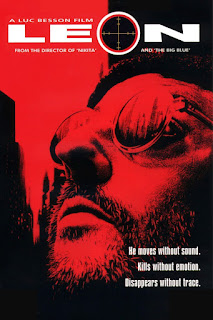 Leon was a strange choice of film poster to buy. I’m pretty sure it was bought because of the design of the poster, not for the love of the film. I remember liking the film when I saw it, but I don’t think I’ve ever seen it since. 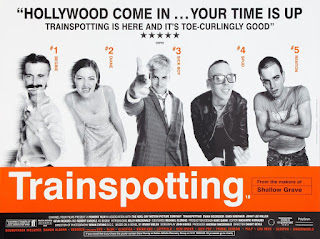 Trainspotting, on the other hand, is a great film, and one that, for good or evil, seems to define the time it was released in. I remember it hanging next to an Oasis poster on my wall in my second year. How 1990s was that? As I was too poor to own Blu Tack back then, they were stuck to the wall by toothpaste. Even to this day when I open the cardboard tube that they are stored in, they still smell of Blue Minty Gel.

I must have had a high regard for those posters because, for many years afterwards, I also owned a heavily weighted metal bottomed sign advertising that very poster sale. More fool them to have left it out after I’d had several Newcastle Brown Ales in the Union (the only ale served in bottles, and therefore less likely to have been tampered with). That Poster Sale sign kept various doors open for years afterwards. In fact, here it is in a house of mine many years after university. 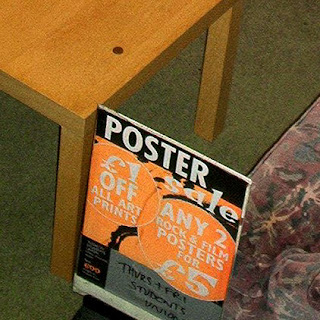 Fast forward many many years, and the walls I pin posters to these days are very much more of a digital nature. I discover that I still seem to accidentally collect actual physical posters of all sores of interesting things, but I don’t seem to be able to find the time to actually attach them to a wall. So they spend many years rolled up in cardboard tubes smelling vaguely of Colgate. 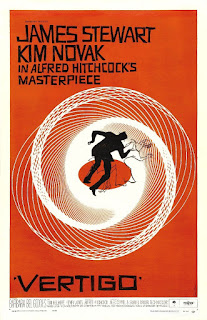 Vertigo and Free Fire posters are much more recent additions. I’ve found myself creating posters, signs, programmes and handouts for all sorts of interesting things, and have, as a result, ended up researching the history of film posters. The daddy of them all, and the design that has had more influence than any other is the poster for Vertigo. The poster was created by the great Saul Bass. As soon as I discovered who he was and what he had designed I was hooked. His designs are legendary; he designed posters, film title sequences, corporate logos. You name it, he probably designed it, or had an influence on the design. 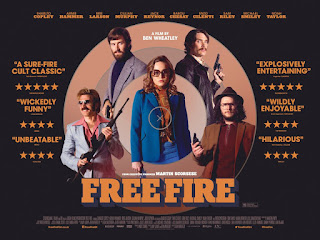 As a sign of the times, it doesn’t appear that an actual individual human being designed the poster for Free Fire. The only credit I can find is for the film promotion agency Empire Design. This is a shame, because the artwork is lovely. However, I’ve cheated slightly, and it’s not the actual film poster that caught my eye. The posters used on social media were the ones that initially alerted me to the existence of the film. These are a set of posters, each one showing one of the main cast (in a similar way that Trainspotting was promoted many years earlier). Again, brilliantly designed. So good in fact, that I plan to steal them in future posters of my own!

Catch up on Robert and Barnaby's walls.