The Silver Lining - Freddy Got Fingered


Fed up with all the bad things going on, the Defective Inspector has decided to seek out the good in everything. Even really, really bad films. This time our intrepid investigator looks for the Silver Lining in Freddy Got Fingered (wait, that sounds wrong)...

Oh god Tom Green. The BossMan did it again, throwing this guy at me was like me being given a pile of manure and asked to create a Michelin star dish. Even the title causes me to cringe and I am not sure what to do with that. But I remind myself once again the point of this slowly forming series is to find the goodness in almost any title and this technically falls into that category. OH GOD I’M GOING TO HAVE TO WATCH THAT ELK SCENE AGAIN, lord help me…. 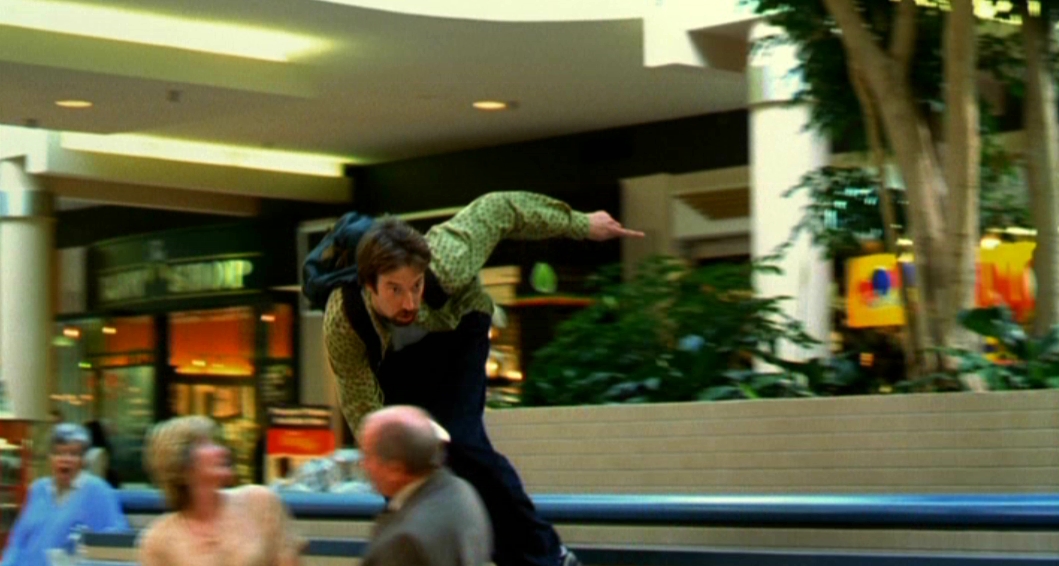 It’s odd to admit this, but the start of the movie is strangely enjoyable. Music is on key, skateboarding was all done by Tom Green himself and the face to the glass door was one of the milder moments of entertainment. No matter how much I hate Tom Green I have to admit that entire starting scene was actually competent by 2001 movie standards. 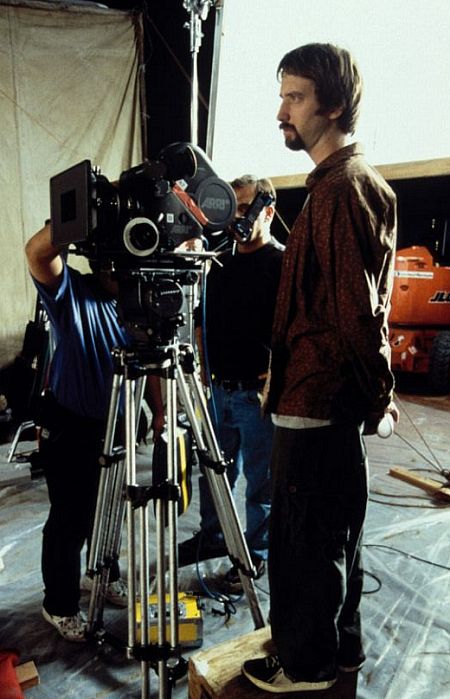 It’s no surprise that a man who worked for MTV for years would produce a movie with a good soundtrack. Green Day, Sex Pistols, Agent Orange, The Ramones, Iggy Pop and even a sneaky bit of Gary Numan. Every time the music came on I was able to forget what the hell I was watching. Y’know, until the iconic Cars was broken by Tom Green handling a horse schlong. God fucking dammit Green…. 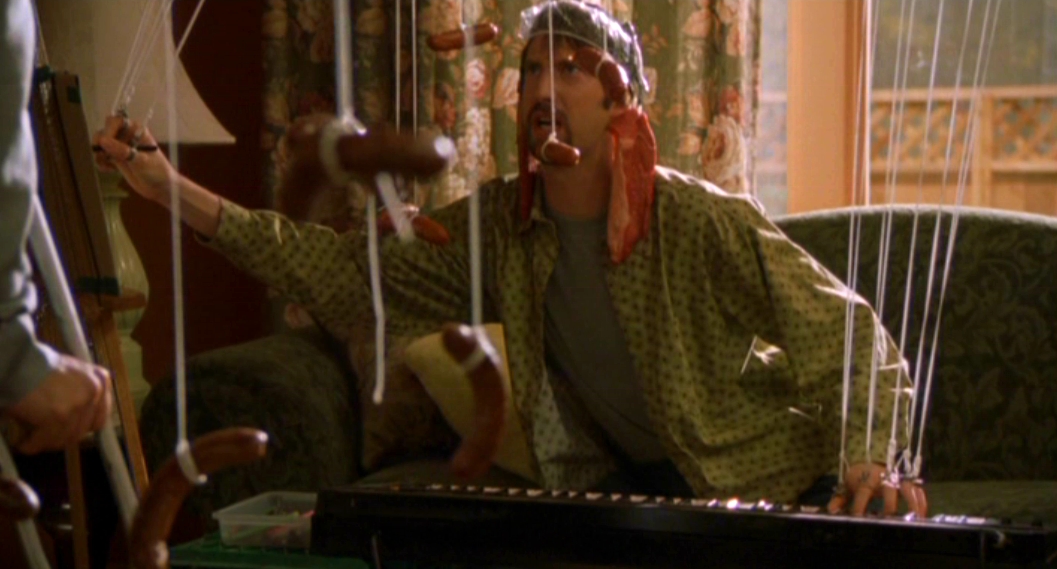 Look this movie is odd and one scene which confirms that is the Sausage Piano scene. Despite the oddity I have to appreciate, from a purely logistic perspective, the sausage piano scene. It’s also so damn surreal I can’t help but muster a strange appeal to it all. A small part of me wants to believe it’s deeper than it really is, some sort of commentary of the oddity of the creative process or the extremes people go to for art. Either way, you have to admire the effort required to make that happen. 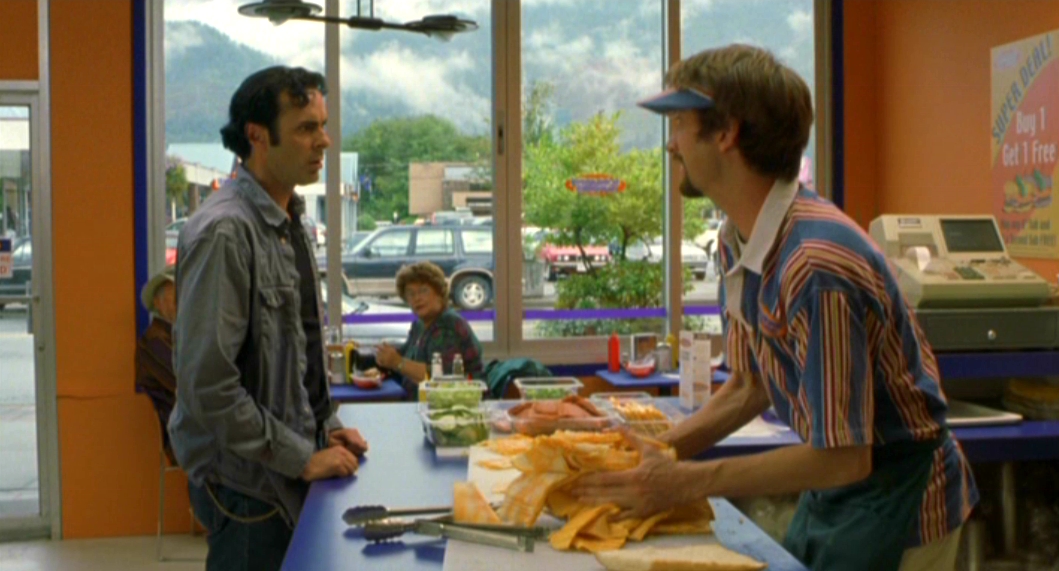 It’s hard to admit this, but when Tom Green starts working at Submarine Supreme he successfully portrays every retail worker in the world. I’ve worked in customer service and when someone attacks you personally for a stupid mistake you want to lose your mind and that’s exactly what Tom Green does. Piling on an excessive amount of cheese and screaming “I could lose all this!” is the most relatable scene in the whole damn movie. 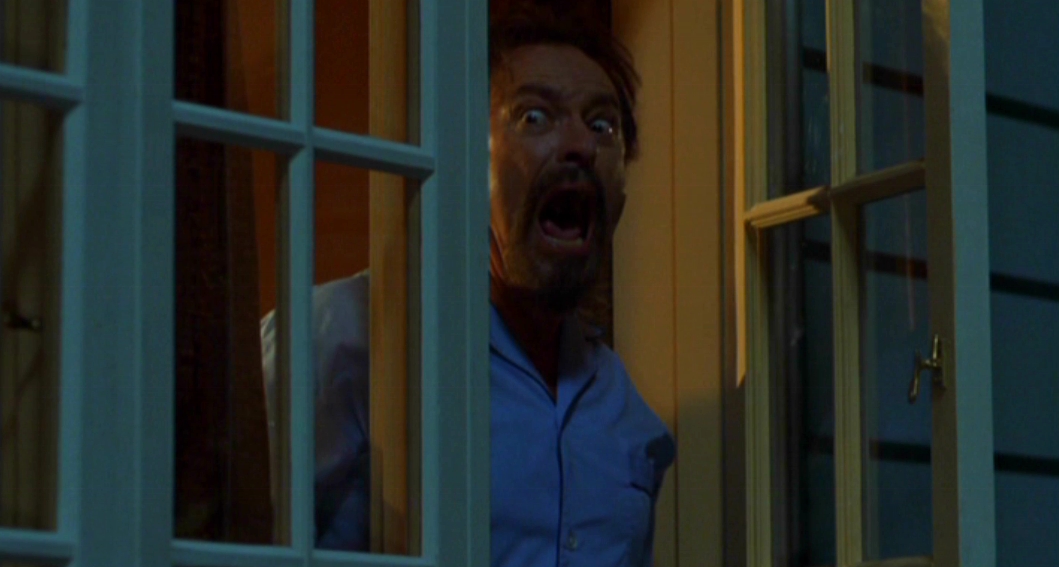 No matter what part of the movie, once Torn is in it dealing with Tom Green… I smile. While his script does allow him to go pretty bad taste the moment he throws Green through a glass screen or threatens to smack him down I suddenly relate on a deeper level. He even gets a few scenes where his level of disappointment is so damn clear we can all feel his paternal scorn. I mean Tom/Gord ruins his life at a remarkable level, so it’s not all that surprising. 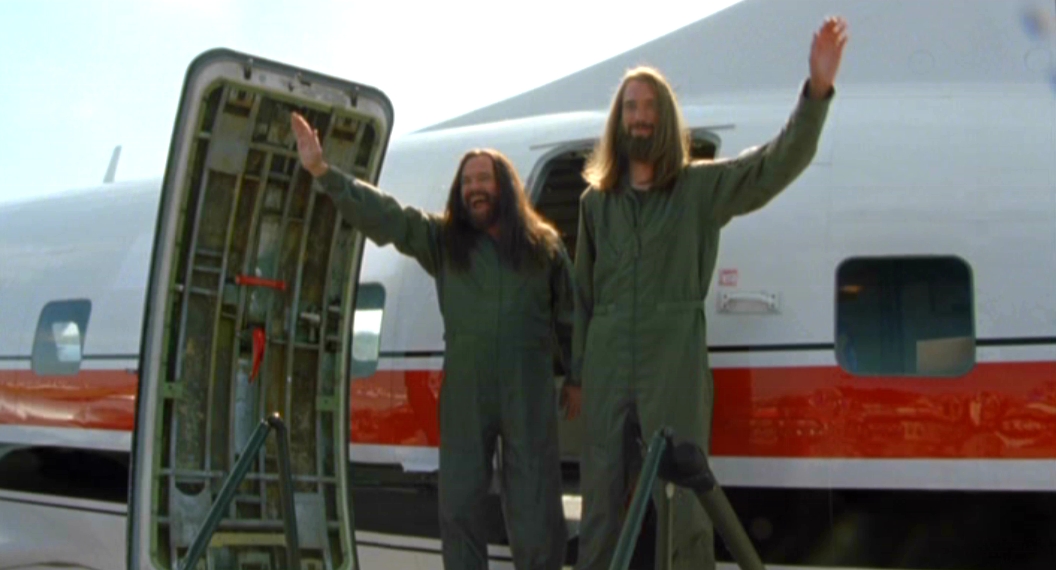 That’s all I have to say about that… just… fuck yeah.


Dear BossMan. I hate you for making me watch this again. Anything but Tom Green, I’ll take ANYTHING just…Not Tom Green. Could someone recommend something? ANYTHING? Just… not Tom Green.

Find the Defective Inspector bleaching his eyeballs on Twitter @DefectInspec

Find the Defective Inspector on TWITCH
Images from IMDB
Email ThisBlogThis!Share to TwitterShare to Facebook