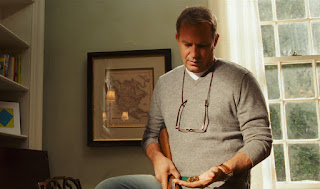 
I hate Stuart Mulrain with every fibre of my being. Talented git with his “ohh look at me with my comic con”, quoting Tombstone all night keeping me awake. Oh, and he sets homework for people! I mean, homework? I’m 43 bloody years old! Seriously though, the dude is a class act and his con is one of the best in the country, and who doesn’t love a Tombstone quote off? The homework thing though? He needs to back off with that! I’ve recast Scrooged because he told me to and, now, here I am trying the impossible task of whittling down the sublime Kevin Costner back catalogue into a cheap top 67... 10! What do you mean 10?! For fu....

Okay then, ten. That is impossible. Are we talking main star films? Shared billing? Narration? Cameo? Director? Comedy? Where do you even start? Too many questions yet? I seriously can’t order them. It’s been hard enough getting them down to ten titles let alone picking them in order, you don’t pick a favourite child, do you? Oh, you do? Then in that case my favourite child is... [so his wife doesn’t throw him out, because he’s not sleeping in the office again, I’ve deleted the name - Ed] but to the reason I’ve been waffling and trying to hope you forgot what you came in for, and to shut Stuart up, here’s ten Costner films I truly adore. He genuinely is one of my favourite actors, I love him as a director and, if Wyatt Earp was four hours shorter and had starred Kurt Russell, it would have made the list. 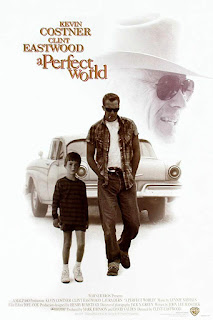 "You know, Phillip, you have a goddamned red, white and blue American right to eat cotton candy and ride roller coasters."

After escaping from a Huntsville prison, convict Butch Haynes and his partner Terry Pugh kidnap a young boy, Philip Perry, and flee across Texas. As they travel together, Butch and Philip discover common bonds and suffer the abuses of the outside "Perfect World." In pursuit is Texas Ranger "Red" Garnett and criminologist Sally Gerber. "Look, boss, I only got one rule. And that's never bet money that you don't have on a dog race with an ex-girlfriend who happens to be a stripper."

Roy 'Tin cup' McAvoy, a failed pro golfer who lives at the run-down driving range which he manages with his sidekick and caddy Romeo in the West Texas tin pot town of Salome, ends up signing over ownership to a madam of 'show girls' to pay off debts. His foxy novice golf pupil, female psychiatrist Dr. Molly Griswold, turns out to be the new girlfriend of McAvoy's sarcastic one-time college golf partner, slick PGA superstar David Simms, who drops by to play into Roy's fatal flaw: the inability to resist a dare, all too often causing him to lose against lesser players, in this case gambling away his car. Falling for Molly, Roy decides to become her patient; in order to earn her respect, he decides to try to qualify for the US Open, after starting off as Simm's caddy 'for the benefit of his experience'. His talent proves more than adequate, but over-confident negligence of risks, while pleasing the crowds, is murder on his scores, while Simms spits on the fans but never wastes a point 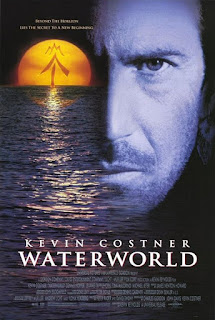 "Dry land is not just our destination, it is our destiny!"

The polar ice caps have melted, and the earth is covered by water. The remaining people travel the seas, in search of survival. Several different societies exist. The Mariner falls from his customary and solitary existence into having to care for a woman and a young girl while being pursued by the evil forces of the Deacon. 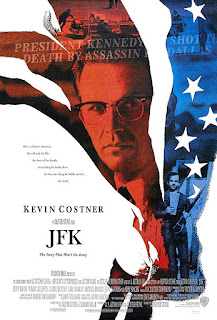 "They killed Robert F. Kennedy. He won, and they killed him. They shot him down."

On November 22, 1963, president John F. Kennedy is assassinated in Dallas. Lee Harvey Oswald is arrested for the crime and subsequently shot by Jack Ruby, supposedly avenging the president's death. An investigation concludes that Lee Harvey Oswald and Jack Ruby acted alone in their respective crimes, but Louisiana district attorney Jim Garrison is sceptical. Assembling a trusted group of people, Garrison conducts his own investigation, bringing about backlash from powerful government and political figures 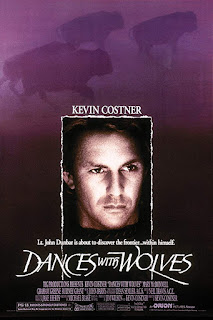 "You are the only white man I have ever known. I have thought about you a lot. More than you think. And I understand your concern. But I think you are wrong. The white man the soldiers are looking for no longer exists. Now there is only a Sioux named Dances with Wolves."

Lt. John Dunbar is dubbed a hero after he accidentally leads Union troops to a victory during the Civil War. He requests a position on the western frontier, but finds it deserted. He soon finds out he is not alone but meets a wolf he dubs "Two-socks" and a curious Indian tribe. Dunbar quickly makes friends with the tribe and discovers a white woman who was raised by the Indians. He gradually earns the respect of these native people and sheds his white-man's ways. 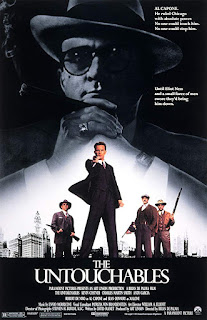 "I'm going to see you burn, you son of a bitch, because you killed my friend!"

After building an empire with bootleg alcohol, legendary crime boss Al Capone rules Chicago with an iron fist. Though Prohibition agent Eliot Ness attempts to take Capone down, even his best efforts fail due to widespread corruption within the Windy City's police force. Recruiting an elite group of lawmen who won't be swayed by bribes or fear, including Irish-American cop Jimmy Malone, Ness renews his determination to bring Capone to justice. 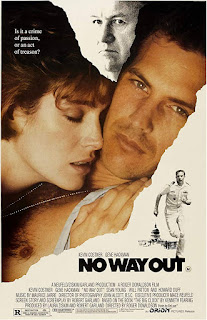 Tom Farrell is a navy officer who gets posted at the Pentagon and is to report to the Secretary of Defence David Brice. He starts an affair with Susan Atwell not knowing that she is Brice's mistress. When Susan is found dead, Tom is assigned to the case of finding the killer who is believed to be a KGB mole! Tom could soon become a suspect when a Polaroid negative of him was found at Susan's place. He now has only a few hours to find the killer before the computer regenerates the photo. 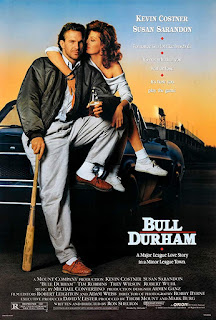 "This son of a bitch is throwing a two-hit shutout. He's shaking me off. You believe that shit? Charlie here comes the deuce. And when you speak of me, speak well."

Crash is an aging minor league ball player, brought up from another team to mature a young pitcher with maturity problems. Both become involved with Ann, a baseball groupie with her own perspective on the game. 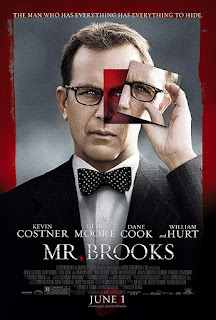 "Before I was the Thumbprint Killer, Mr. Smith, I killed a lot of people in a lot of different ways."

Earl Brooks is a highly respected businessman and was recently named Portland's Man of the Year. He hides a terrible secret however: he is a serial killer known as the Thumbprint Killer. He has been attending AA meetings and has kept his addiction to killing under control for two years now but his alter ego, Marshall, has re-appeared and is pushing him to kill again. When he does kill a couple while they are making love, he is seen and photographed by someone who also has his own death and murder fetish. In a parallel story, the police detective investigating the murder is having problems of her own. She is going through a messy divorce and a violent criminal who had vowed revenge some years before has escaped from prison and is after her. 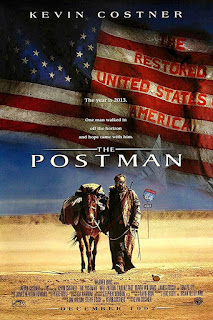 "Wouldn't it be great if wars could be fought just by the assholes who started them?"

2013, Post-Apocalyptic America. An unnamed wanderer retrieves a Postman's uniform and undelivered bag of mail. He decides to pose as a postman and deliver the mail to a nearby town, bluffing that the United States government has been reinstated and tricking the town into feeding him. However, he reluctantly becomes a symbol of hope to the townspeople there who begin to remember the world that once was and giving them the courage to stand up to a tyrannical warlord and his army.