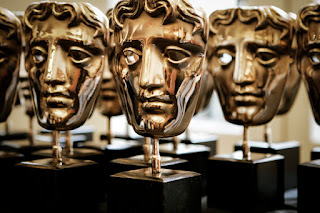 The BAFTA Film Awards have been announced. So how did Mystic Mug aka Susan Omand get on with her predictions? See the full list of winners...

Roma was also a big winner with four awards: Best Film, Director, Cinematography and Film Not in the English Language for Alfonso Cuarón.

Rami Malik won Leading Actor for his performance as Freddie Mercury in Bohemian Rhapsody and it was good to hear him give credit to Dexter Fletcher's directorship in his acceptance speech. The film also won the award for Sound.

Supporting Actor went to Mahershala Ali for his performance in Green Book but that was the film's only award of the night, likewise BlacKkKlansman picked up its only award for Best Adapted Screenplay. Spider-Man: Into the Spider-Verse took the award for Animated Film, and Documentary was won by Free Solo. Other solo winners included A Star Is Born for Original Music, Vice for Editing and Black Panther received the BAFTA for Special Visual Effects.

Writer/Director Michael Pearce and Producer Lauren Dark received the award for Outstanding Debut by a British Writer, Director or Producer for Beast and The EE Rising Star Award, voted for by the public, went to Letitia Wright.

The short film categories saw 73 Cows won the British Short Film award, while the BAFTA for British Short Animation was won by Roughhouse.

The Special Award for Outstanding British Contribution to Cinema was presented to Elizabeth Karlsen and Stephen Woolley, the producing partnership under the name of Number 9 Films. who have created some of the most iconic British films of recent years, including The Crying Game, Company of Wolves, Little Voice, Scandal, Carol and Colette. Stephen Woolley and Elizabeth Karlsen commented on their award when it was announced, saying “We are both extremely honoured to be given this prestigious award. Just to be mentioned in the same breath as Michael Balcon is special. We would like to thank BAFTA for recognising the importance of independent producers in the UK and thank everyone involved.”


The Fellowship, the highest honour the Academy can bestow, was presented to editor Thelma Schoonmaker. Born in Algiers in 1940, Schoonmaker moved to the United States as a teenager and attended Cornell University, studying Political Science and Russian language. After graduating from Cornell in 1961, she began a course at Columbia University in Primitive Art. During this time Schoonmaker responded to an advertisement in The New York Times for a trainee assistant film editor and got the job. She then signed up for a brief six-week course in film-making at New York University, where she came into contact with a young filmmaker called Martin Scorsese (find our Martin Scorsese articles here - Ed) after a professor asked that she could help him salvage the badly mangled negative of his student film; What’s a Nice Girl Like You Doing in a Place Like This? Subsequently in 1967 Schoonmaker went on to help Scorsese edit his first feature film Who’s That Knocking at My Door marking the beginning of an illustrious filmmaking partnership, which continues to this day. Her acclaimed career has spanned over 50 years, editing every single feature film directed by Martin Scorsese since Raging Bull. Schoonmaker’s work on The King of Comedy, Cape Fear, Gangs of New York, The Aviator, The Departed, Hugo and The Wolf of Wall Street all earned her BAFTA Award nominations with Schoonmaker winning the BAFTA for Raging Bull and Goodfellas. Schoonmaker is also the recipient of seven Academy Award nominations winning three Oscars for Raging Bull, The Aviator and The Departed. Schoonmaker’s partnership with Martin Scorsese continues with The Irishman which is set to be released by Netflix in 2019.

Schoonmaker was married to British filmmaker Michael Powell from 1984 until his death in 1990, and since Powell’s death she has worked tirelessly honouring his legacy and preserving the films of Powell & Pressburger. On hearing of her award, she said "I am staggered to be asked to join such an illustrious group as the BAFTA Fellows and particularly moved and honoured to be joining two of the most important people in my life - my director, Martin Scorsese, and my late husband, Michael Powell and his partner Emeric Pressburger - all of whom have been given BAFTA Fellowships. The British Cinema has been a huge influence on Martin Scorsese and through his teachings on me, I am blessed to be able to help him with the continuing restoration of the Powell and Pressburger legacy. I give my deepest thanks to BAFTA for honouring that work and my work as Scorsese's editor with this Fellowship."

The ceremony was televised on BBC last night. Whether the script for host Ms Lumley was award-winning or not, we'll leave to your own discretion.

Here's the full list of nominations with Susan's comments from the nominations below each list. The **WINNERS** have been highlighted and a running total of how many predictions Susan actually got right added. (We don't expect to need our other hand never mind having to take shoes and socks off to count those though. - Ed) 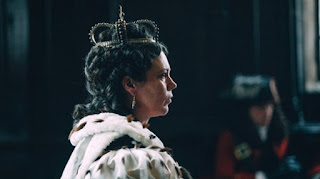 I've heard good things about all of these and, although I'd really like for Green Book to win it, it will go to The Favourite.

There are indeed some outstanding films here. I'd be happy if either You Were Never or Bo Rhap won but, again, I see it going to The Favourite.

There's a lot of controversial films here. No, controversial isn't really the right word but they all seek to "send a message" and fill an agenda as far as I can see. Although I'd like Ray & Liz to win, it will go to Beast.

It's really good that at least three of these films have made it to mainstream screens this year.  I'd love for Shoplifters to win but I think it will go to Roma.


DOCUMENTARY - Susan's Score 3/5 (no, obviously not cheating. Or deliberately throwing this one as a double bluff - Ed)

I'm going to stick my neck out here and say that the one I want to win, will win and that's They Shall Not Grow Old 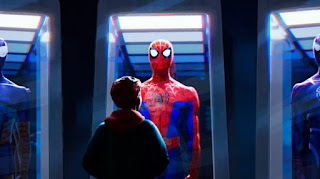 To be quite honest, I'd be happy with any of these as winners but I really hope it's Spider-Man!

This is a category that annoys me. I love Spike Lee's work, so that's who I want to win even though I'm not keen on this film, and I think Bradley Cooper (annoyingly talented git that he is) has done well with what he had with A Star, but Alfonso Cuaron is going to take it with Roma.

There's no doubt at all about the fact that The Favourite will take this but I really wish it would be Vice.

Beale Street deserves the award but A Star is Born will get it because it's the best known "remake". 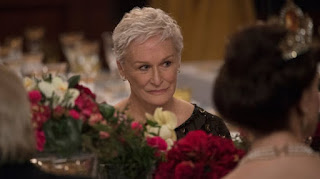 GLENN CLOSE The Wife
LADY GAGA A Star Is Born
MELISSA McCARTHY Can You Ever Forgive Me?
** WINNER ** OLIVIA COLMAN The Favourite
VIOLA DAVIS Widows

What is Melissa McCarthy doing on this list? Anyway, even though Glenn Close got the Golden Globe I think is should and will go to Olivia "National Treasure" Colman.

Argh. Another tough category! Even though Christian Bale should get it because he should get every award he goes for, I'm really not going to be at all disappointed when the wonderful Rami Malek picks up the award.

As long as it's not Margot Robbie. Seriously though I think Rachel Weisz will edge out her co-star for this award.

Like Bale, Richard E Grant should get every award he is ever nominated for but this time it will go to Timothee Chalamet. 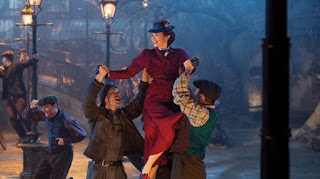 This will probably go A Star is Born, because Gaga, although (surprisingly maybe) I think Mary Poppins deserves it for carrying the feel of the original film music on to the sequel so well.

I really can't call this one. They are all really amazing looking films but all for different reasons. I'm going to stick a pin in Roma though and say it's going to take it.

Again, Roma is a possibility for this one but, much as I'd love for Vice to get it, it's going to go to The Favourite.

Sorry to be so predictable but this is probably going to go to The Favourite because "period drama" although it would be fab if Fantastic Beasts or Mary Poppins grabbed it with bright brashness.

I really hope that Bo Rhap takes this one because they did such a good job on some very iconic outfits but I think The Favourite will lift this one too.

Purely for Christian Bale's look, Vice should get this award over and over again but (and here's an out-there prediction) MQoS will take it. 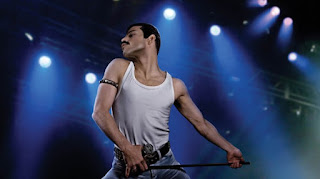 Does nobody else see the irony of nominating A Quiet Place in the Best Sound category? Bo Rhap should get this but I think Star is Born will take it.

Why is it that so many of the huge blockbuster-y movies only get a mention in the VFX categories? I'd love Fantastic Beasts to get this but it will go to Black Panther.


BRITISH SHORT ANIMATION - Susan's Score 14/22 (I've been told to shut up after milking the last comment. Marvel? Milk? Just me then. - Ed)

Because I love the artwork I'm going to say that I'm OK by Elizabeth Hobbs is going to take this one.

I'm going to have to pick Wale for this, since I reviewed it on The DreamCage!

And finally the EE Rising Star Award. There are five nominees:

You voted for who you would like to win but my vote goes to... BARRY KEOGHAN. And Susan was WRONG! (There's a surprise - Ed) Letitia Wright got your vote.

So there we have it 14 correct predictions (lucky guesses - Ed) out of 24 is an impressive haul for this year. Let's see how we get on with the Oscars next.