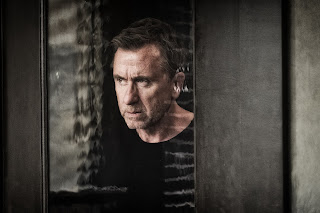 Tim Roth, Genevieve O’Reilly and Abigail Lawrie return for the final chapter of the epic thriller as Tin Star relocates to the UK for its third series...

An explosive third and final series of Sky Atlantic’s critically acclaimed drama Tin Star has been commissioned. Tim Roth, Genevieve O’Reilly and Abigail Lawrie return as the Worth family in the final chapter of the trilogy, produced by leading independent producers Kudos and Gaumont UK and created by British writer Rowan Joffe.

Rowan Joffe said “A show creator and writer’s work is only as good as his team: and I am very grateful to have another chance to write for Tim Roth, Genevieve O’Reilly and Abigail Lawrie - and executive producer Alison Jackson. An awe-inspiring roster of talent and a chance to deliver our best season yet.”

The third instalment of six hour-long episodes will go into production later this year and will be set in and around Liverpool, culminating with the Worth family returning to the UK to confront their menacing past.

The announcement comes as the final episode of series two aired on Sky Atlantic last week.

At the end of series two, which is currently available to watch on demand on Sky and streaming service NOW TV, Jack (Tim Roth) and Angela (Genevieve O’Reilly) are forced to reveal a devastating truth to daughter Anna (Abigail Lawrie), but the family’s dark history soon catches up with them as their ultimate threat arrives on their doorstep.

Cameron Roach, Director of Drama at Sky, said “We are thrilled to announce a final season of Tin Star. The combination of Rowan’s imagination and the central performances led by Tim Roth mark Tin Star as a standout example of British creativity.”

Tin Star is produced by Kudos, the makers of Broadchurch, Grantchester, Humans and Gunpowder, part of The Endemol Shine Group, and Gaumont UK, the London-based subsidiary of the US Narcos producer. Executive producers are Alison Jackson, Paul Gilbert and Rowan Joffe.
Email ThisBlogThis!Share to TwitterShare to Facebook