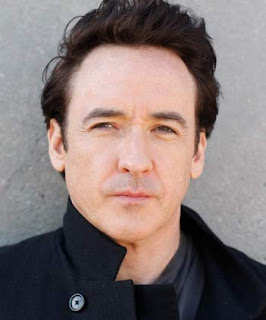 Did he say anything or is it just serendipity that Stuart Mulrain has listed his top ten John Cusack films...

It seems strange - given that his career these days largely seems to consist of popping up for 10 minutes in poorly rated straight to DVD movies – that John Cusack was once a fairly prolific leading man. Admittedly he was never in the same league as your Tom Cruises or Harrison Fords, but he starred in some pretty iconic movies (especially in the 80’s) and several of my favourites too. It says something when the same actor is in 3 of the movies in my (admittedly ever moving) Top 10 movies of all time.

So, making the mistake that we all make here at the DreamCage Tower, I mentioned how many great films Cusack was in to Steve and, before you know it, I’m putting together a personal 10 of the best list.

Before we begin though, I’m only listing films in which Cusack was a prominent character, so I would like to give a honourable mention to Class, Stand By Me, Broadcast News, The Player, Bob Roberts and The Thin Red Line, which are all great movies with a slice (miniscule sliver in some cases) of John Cusack.

So without further ado, here are my picks [in chronological order, obviously – Ed] for Ten Of The Best Cusacks (that I’ve seen)… 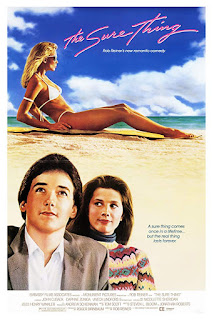 “What the hell's wrong with being stupid once in awhile? Does everything you do always have to be sensible? Haven't you ever thrown waterballoons off a roof? When you were a little kid didn't you ever sprinkle Ivory flakes on the living room floor 'cause you wanted to make it snow in July? Didn't you ever get really shitfaced and maybe make a complete fool of yourself and still have an excellent time?”

Cusack plays Walter “Gib” Gibson, a college student who makes a cross country trip to meet the “Sure Thing” of the title. Unfortunately, he finds himself stuck on the road with uptight fellow student Alison Bradbury, who is heading to California to see her boyfriend. The two hate each other, which leads to inevitable set backs on the road and the eventual realization that maybe they actually like each other. 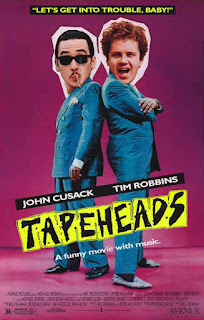 “All good artists are unemployed, until they find a manager. A guy like me who will mould their talents in to cold hard cash. A guy who will tap into that vast store of potential that lies dormant beneath that grubby little exterior.”

Cusack stars with Tim Robbins as Ivan and Josh; a pair of recently fired security guards who set up a video production company. Through Josh’s talent and Ivan’s business savvy they start to find success and attract the attention of a right wing politician, a scheming music reporter and a producer willing to give them a chance if they’ll work on spec. Although it’s not one of the instantly recognized classics, there is something of the cult classic about the film. 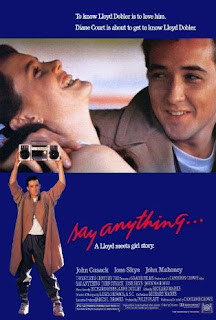 ‘To know Lloyd Dobler is to love him. Diane Court is about to know Lloyd Dobler.’ Never has a tagline to a film done a better job of telling you everything you need to know about it. Cameron Crowe makes his directorial debut with this charming 80’s romance, that builds on it’s simple premise of teenage love, with wit and a sweetness that was often lacking in these movies.

Say Anything… remains one of my all time favourite movies (it’s one I’ve written about before for this very site) and is definitely top 3 Cusack. 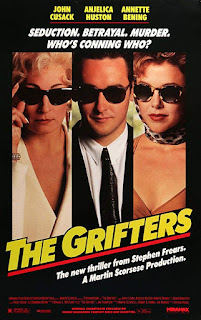 “Well, who’s a boy gonna talk to if not his mother?”

Cusack stars as Roy Dillon, a small time con man, who finds himself torn between his new girlfriend and his Mother, both of whom are working him for their own gains. Grifters is a film I got free on video on the front of a magazine (that used to be a thing) and, being around 16 years old at the time, remember feeling quite grown up watching it. It’s one of those films that I really like and would recommend anyone check it out, but it’s not one that I go to on a regular (or even semi-regular) basis. Well worth checking out though if you haven’t seen it already. 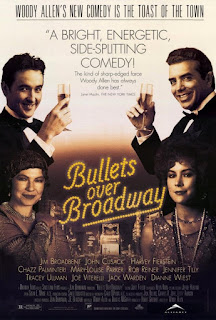 Cusack fills the Woody Allen role, playing David Shayne; a struggling playwright, who finds himself forced to cast a mobsters girlfriend in his latest play to get it produced. A large part of your enjoyment of this film is going to depend on your enjoyment of Woody Allen’s films, but for me it falls into lists of both the best Woody Allen films and the best of Cusacks. 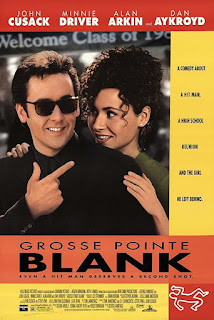 Cusack stars as Martin Blank, a kid who ran away from his hometown of Grosse Pointe on prom night to join the army, leading to a life as a professional hitman. Finding himself at a moment of crisis in his life, both personally and professionally, Blank finds himself drawn back to Grosse Pointe on a job that happens to coincide with his 10 year High School reunion.

Although Con Air was the first John Cusack movie I was conscious of him being in, this is the movie that cemented my place as a fan. A sharply written comedy, with likeable performances from all involved, this is one of those films that has so many great lines in it, you have to watch it several times to truly catch them all. I loved this film from the first time I saw it, and I still loved it just as much when I watched it again a couple of weeks ago. 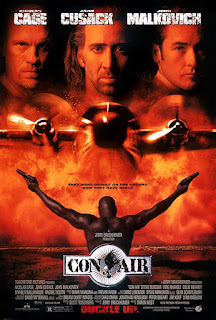 Cusack is Vince Larkin, a US Marshall overseeing the transfer by plane of some of America’’s most notorious criminals and parole Cameron Poe (Nicolas Cage), who is hitching a ride home. As you can probably guess, the transfer goes smoothly and everyone ends up where they need to be in a safe and orderly fashion. Of course they don’t, the prisoners take over the plane and it’s up to Poe (in the air) and Larkin (on the ground) to get the plane back in their control and the bad guys back behind bars. 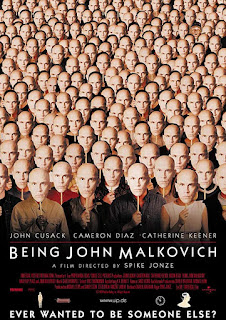 “There is truth, and there are lies, and art always tells the truth. Even when it's lying.”

Cusack plays puppeteer Craig Schwartz, who takes a job as a file clerk at LesterCorp, a company located on the 7½ floor of a Manhattan office building (this is a Spike Jonze film after all). Behind one of the filing cabinets in the office, he finds a door that acts as a portal into the mind of actor John Malkovich for 15 minutes before being spat out into a ditch next to the New Jersey Turnpike.

This is one of those weird ones for me, as I really like it and find it to be wonderfully inventive with its odd - but oddly simple – premise, but at the same time, there’s something about the film that I really don’t like, which oddly makes me like it even more. It’s not one that I go back to very often, but if I stumble across it on TV, I found myself pulled straight back into it and have to watch until the end. And if you think I missed the opportunity to just type Malkovich over and over for this bit, don’t think that I didn’t consider it. 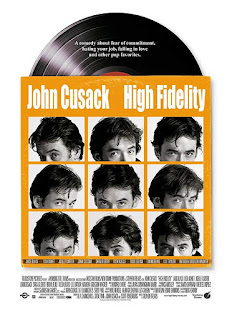 “What came first, the music or the misery? People worry about kids playing with guns, or watching violent videos, that some sort of culture of violence will take them over. Nobody worries about kids listening to thousands, literally thousands of songs about heartbreak, rejection, pain, misery and loss. Did I listen to pop music because I was miserable? Or was I miserable because I listened to pop music?”

Cusack plays Rob Gordon, record store owner, former DJ and compulsive Top Five list maker who, upon his recent break up, recounts his all time, top five most memorable break ups (in chronological order) and sets about trying to discover why he keeps getting dumped.

Actually, I’m gonna go and watch them again now and leave you with 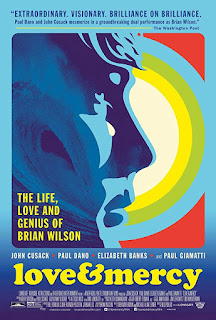 “Tony and I think that if you close your eyes you can see a place or something that's happening. It's like being blind but because you're blind you can see more. Don't you think it's a spiritual kind of thing?”

Split between the 1960’s and the 1980’s Cusack plays the older Brian Wilson (he of The Beach Boys), whilst Paul Dano plays the younger Wilson, who is working on the album that became Pet Sounds. This is more Dano’s film to be fair, and the Pet Sounds stuff is arguably the stronger element, but Cusack is great as the older and broken Wilson, perfectly using those Cusack ticks and quirks to bring a vulnerability and charm to the older Wilson that makes this section of the film just as compelling as the 60’s stuff.