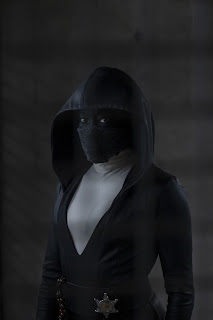 Tick tock. In case you missed it last night, watch the teaser for the HBO series Watchmen, due to hit our screens in the autumn...

Set in an alternate history where “superheroes” are treated as outlaws, this drama series from executive producer Damon Lindelof embraces the nostalgia of Alan Moore's original groundbreaking graphic novel of the same name while attempting to break new ground of its own.