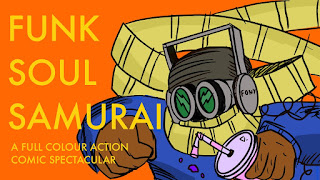 Funk Soul Samurai is a full-colour action comic series, set in a post-apocalyptic world, following the sword-fighting, skate-boarding, groovy dude as they traverse the wastelands, fighting monsters and mutants, in search of a milkshake, and a slice of pizza. It is entirely dialogue free, utilising only sound effects, with a frenetic art style, and colours heavily influenced by 90s animation.

Way back in the mists of... wow, that long ago?! ... Steve reviewed a comic by Nick Gonzo called Funk Soul Samurai, by saying "He has showed that the spirit of my youth is still alive and well and living in an extreme sports sword wielding milkshake drinker."

Well, that extreme sports sword wielding milkshake drinker IS BACK, thanks to Gonzo Industrial, and this time they're ready to fight against "Soldiers, Giant robots, Science!, A cyborg with a chainsaw and... Inevitability", in a new issue of the series called Funk Soul Samurai: Emergence of the Continuing Punch, a lovely play on the titles of those martial arts films of yore.

As the synopsis above says, the comic has no actual dialogue but we guarantee you will be making all the sound effects as you read along. Here's a sneak peek at the first few pages of the comic to illustrate our point: 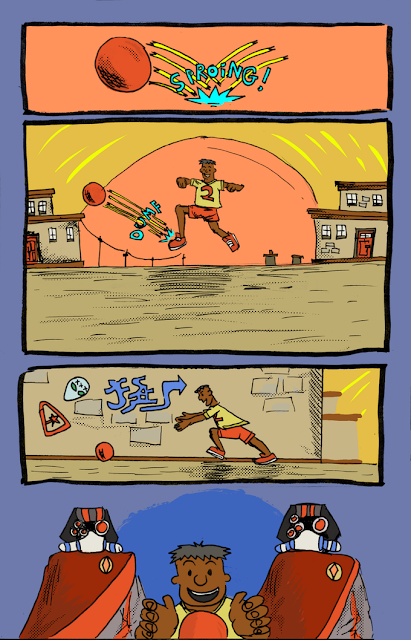 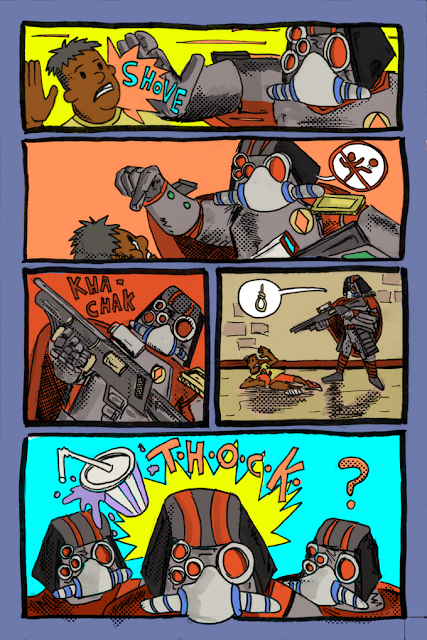 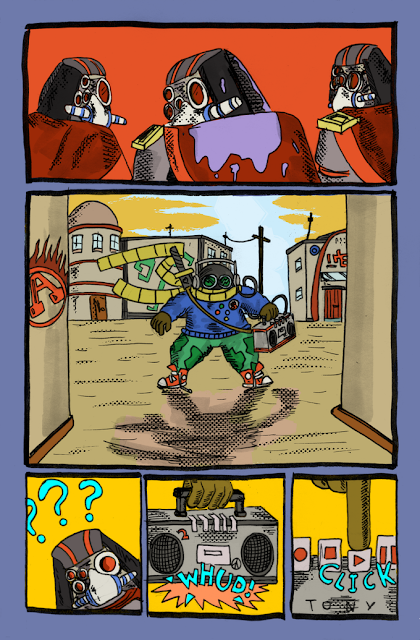 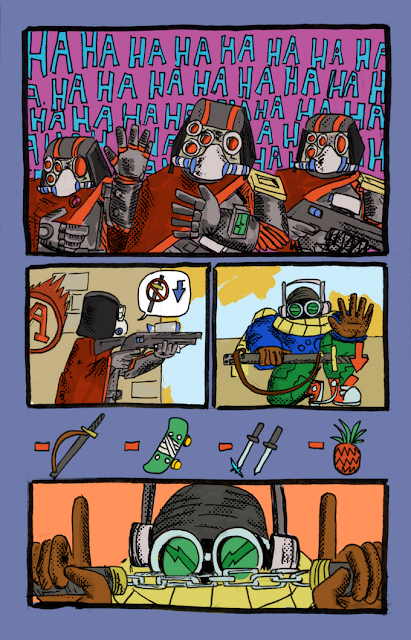 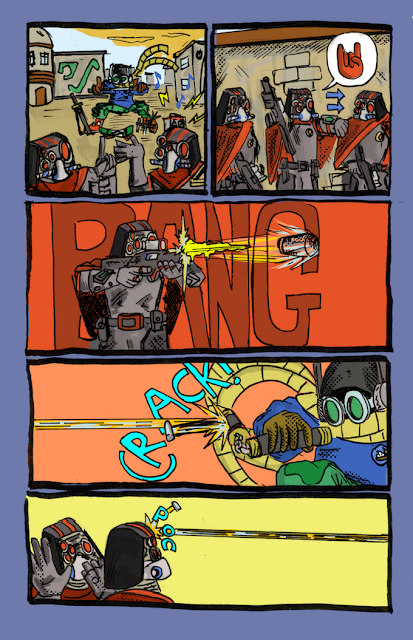 "Poc!" indeed. Closely followed by an insane desire to find out what happens next? Well, you're in luck as Emergence of the Continuing Punch is crowdfunding on Kickstarter, so it's a great way to pre-order your copy and get some brilliant free stuff too. As well as getting this new issue, perks on offer include a catch up copy of FSS1: Rampage of the Unchained Appetite, there are stickers and bookmarks, art prints and commissions and even the chance to feature in the comic itself with your very own cameo appearance! But why are we telling you all this when Gonzo Industrial's beautiful assistant (oh, ok, it's Nick himself and what is he wearing?!) can do it so much better, AND with added funky music in this video...

So grab your ghetto blaster and step up to that skateboard, you only have until June 27th to support your local Funk Soul Samurai!