Documentary – What She Said: The Art of Pauline Kael 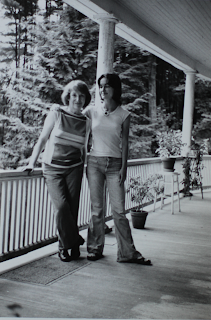 Steve Taylor-Bryant reviews a film about a film reviewer. What She Said: The Art of Pauline Kael is on at EIFF next week...

“She’s never said a good word about me yet, the dirty old broad, but she’s probably the most qualified critic in the world” – Jerry Lewis

I read a review many years ago from The New Yorker about Bonnie and Clyde. I don’t remember why; I think I was trying to talk to somebody about why I loved the film but was struggling to find the words for my argument and it was perfectly summed up in this review. The article is from 1967, and is available to read online here, and was my first experience of Pauline Kael, a film critic who somehow managed to look beneath the surface of things and often found the poetry in the art, but on the other hand could cut a filmmaker to pieces in her prose. I tended not to agree with every review I read of Kael’s like I may have done with Roger Ebert, but I knew when I was reading a Pauline Kael piece, I was reading the brutal truth as she knew it. I knew I loved Ebert, I knew discovering Kael would make me a more rounded fan of film, but at the time I had no dreams to be a critic myself and went on with my life.

A few years later and the opportunities arose for me to print my thoughts on film and television came about and I wanted to be as good as I could be. I read books, reviews by many famous and not so famous writers, I watched films again and again, and I tried to develop my own style which was one of a personal nature. I always knew I was not as analytically gifted as the likes of Kael or Ebert, but I learned from them both that, so long as I wrote the truth as I knew it to be, I would do okay. Many years have passed since my first review. I like to think both my writing and my humanity have improved over those times and I am comfortable enough to continue learning but don’t really have modern day reviewers I study like I did with Ebert and Kael. There doesn’t seem to be many genuine stand out voices anymore and so it is no surprise that, when film criticism is the subject matter, the films tend to be about Ebert and Kael. 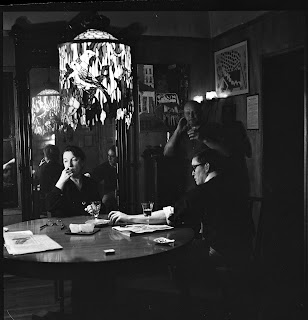 Kael I knew as a writer and, living in slightly more enlightened times as we do, the fact she is was a woman never entered my thinking, but times were different when Pauline Kael started out. What She Said, a debut documentary from Rob Garver, is a fascinating look at Kael’s life, her loves, her fights and her work and anyone who has an interest in film criticism, or life as a woman in a male dominated industry, or life as a woman in the 1960/70/80’s will love this film. It shows her life, her daughter, mentions the fact that Kael was a single mother in the late 1940’s, when that scenario was unheard of, and goes through her early review work and radio appearances, right up to the point where she decided she would no longer work for free. If people wanted her thoughts, they would have to pay her. She moved to New York and began a tempestuous relationship with The New Republic publication before finally finding a home, six months of the year at least, with The New Yorker. Due to only having six months on and six months off she needed to supplement her income and produced many fine books, and lectured at universities, but it was her film criticisms that made her a name to be either loved or feared.

Whilst What She Said is aesthetically pleasing, with many interviews with heavyweights in the film and theatre community being included, it is the archive footage of Kael herself, or her words and letters narrated by Sarah Jessica Parker that are the most enthralling elements of the film and help build up a drama not usually seen in a documentary. Whilst the positive reviews of Scorsese, de Palma, and Coppolla helped to launch a new wave of American Cinema in the 1970’s there is also the controversial nature of her articles and her opinions that still grate on people to this day. Telling David Lean off at a lunch led to Lean not making another film in over a decade. Her article on Citizen Kane in the lead up to the script's public release, Raising Kane in The New Yorker, which was incredibly positive but pushed Herman J. Mankiewicz the screenwriter as the real genius behind the film, was taken by many as a vicious personal attack on Orson Welles. Her condemnation of Blade Runner still has Ridley Scott angry to this day and he never read a piece of criticism after it was published, and it is these controversies that make the film entertaining as the people hurt by her get a right of response in the film, and archive footage of Kael shows her giving not one iota of care to their hurt feelings.

What She Said: The Art of Pauline Kael is a magnificent look at a fascinating and often divisive woman, a look at the history of cinema through the eyes of someone who truly understood the medium, and a witty, intelligent look at public criticism and its aftereffects. A very well-made documentary about a remarkable lady and true pioneer in her field.

What She Said: The Art of Pauline Kael is on at Edinburgh International Film Festival on Monday 24th and Saturday 29th June. Book tickets here.