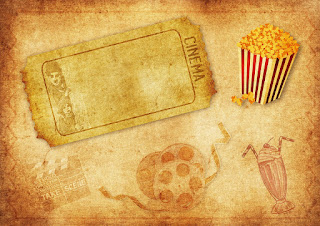 So, there I was, scrolling merrily through my Twitter timeline, catching up on what had been happening in the four hours I was asleep (it was longer than that but it felt like four) when I came across this tweet.

What is your favourite movie, from the year in which you turned 16 years old? “Ha,” I thought. “This should be easy,” I thought. Challenge accepted. But then I realised something. I turned 16 in 1984. There were sooo many excellent movies out that year! How could I choose just one? So I thought I might stretch the remit a bit and do a top ten.

As I started scrolling through the lists of films released for the year, I found I could pick one that I enjoyed in the A’s, one in the B’s, one in the C’s… you see where I’m going with this.

Here then, is my (nearly complete*) Alphabet of Favourite Films from when I was 16.

And then I got a little stuck. Until I tweaked the question a bit. I was still 16 until October 1985 so that gets me:

* If you can find a film that I’ve heard of that begins with either Q or X and released in 1984 or 1985 (before October) then we can complete the list. And, for the record, I still can’t pick one favourite!