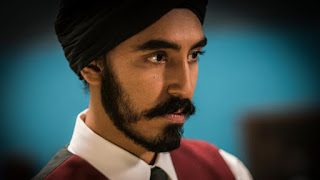 Sky Cinema have announced that the latest Sky Original film based on real events, Hotel Mumbai, will premiere on their channel on the same day as it opens in cinemas in September...

On the 26th November 2008, a wave of devastating terror attacks throughout Mumbai catapulted the bustling Indian metropolis into chaos. In the heart of the city’s tourist district, Jihadist terrorists laid siege to the iconic Taj Palace Hotel, whose guests and staff became trapped in a heroic, day-long fight for survival.

Inspired by the stories of survivors of the 2008 Mumbai Attacks, HOTEL MUMBAI is the powerful, poignant debut of director Anthony Maras, with an ensemble cast that includes Dev Patel, Armie Hammer, Jason Isaacs, Nazanin Boniadi and Anupam Kher. As well as directing, Maras also co-wrote the film with John Collee, researching heavily to show the event with unrestrained truth. The film’s affecting portrayal has already seen critical and festival success, with its world premiere at the Toronto International Film Festival on 28th September last year.


HOTEL MUMBAI will be released in UK and Irish cinemas and be available on Sky Cinema from 27th September 2019.