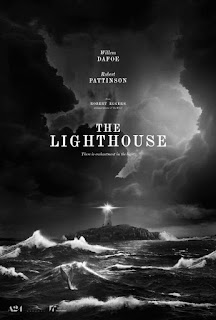 "There is enchantment in the light." Watch the trailer for The Lighthouse...

From the visionary filmmaker behind modern horror masterpiece The Witch, comes this hypnotic and hallucinatory tale of two lighthouse keepers on a remote and mysterious New England island in the 1890s.

Directed by Robert Eggers and written by Robert and Max Eggers, the film, which debuted at this yea'r Cannes Film Festival, stars Willem Dafoe and Robert Pattinson and will light up cinema screens in the US from 18th October. We'll just have to keep hoping for a UK release date.

Oh, and do not adjust your sets, yes, it is meant to be in black and white...