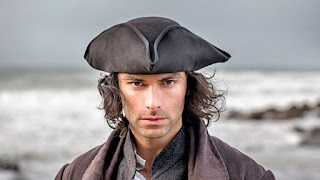 The fifth and final series of Poldark starts on BBC One next weekend. The writer Debbie Horsfield gives us an introduction to the new series...

With a new century comes the promise of a hopeful future, but the past casts a long shadow over Cornwall. Following the death of Elizabeth, Ross Poldark (Aidan Turner) resolves to put Westminster behind him and spend more time with the people he loves. However, when an old friend needs help, Ross is compelled to challenge the establishment and question his own loyalties to king and country.

As the Enyses (Luke Norris and Gabriella Wilde) rally to join the cause, Demelza (Eleanor Tomlinson) must contend with dangers close to home, while George (Jack Farthing) courts corrupt powers whose influence spans the Empire.

Here's what Debbie Horsfield had to say as an introduction to the new series:

"When I first picked up the novel Ross Poldark in 2012 I had no idea that seven years later I’d have adapted seven books and completed five series (43 hours!) of Winston Graham’s extraordinary Poldark saga.

In 2015, with great trepidation, we awaited the response to series one - knowing that the 1970s adaptation had been massively popular, and praying that we’d done justice to these amazing stories, characters and Cornwall. Fortunately the casting - Aidan (Turner), Eleanor (Tomlinson), Jack (Farthing), Heida (Reed), Luke (Norris), Kyle (Soller) and Ruby (Bentall) - found favour with audiences, and to our great delight we were asked for more.

Although none of us ever dared to look more than one series ahead, we found ourselves approaching the end of series four (and book seven, The Angry Tide) with something of a dilemma. Our cast was optioned for five series - so what to do with an 11-year time jump and five more books? We knew we’d never be able to wrap up five books in a single series, but no-one wanted to call time just yet, so we looked at another option.

In book eight (The Stranger From The Sea), 11 years down the line, we meet Ross abroad on a special mission for the government. How did he go from restless, sometimes reckless, and somewhat disillusioned MP, who despaired of ever really 'making a difference' in the world, to Special Agent Poldark, sent by the Crown to report from Portugal on the Peninsula War against Napoleon?

Winston Graham had left plenty of hints in book eight about events which had happened in those intervening years, but he gives little away about how Ross achieved that transformation. So for me it was the starting point, the way to navigate through series five. Winston Graham’s son Andrew endorsed my wish to continue his father’s methodology: looking at the historical context (Napoleonic Wars, Act of Union, fast-approaching Abolition of Slavery) and using real events and real people to drive the narrative. 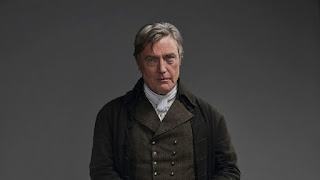 So what would be our events and who would be our new characters? It seemed to me that one thing we had never met so far was a character to whom Ross really looked up to, even to the extent of hero-worship. So when I was researching the early 1800s I came across Colonel Edward Despard. Reading about him I was so reminded of Ross himself that I felt sure Winston Graham knew of him (though Andrew Graham thinks not).

Ned Despard was a war hero who, like Ross believed in justice, compassion, equality and liberty for all. His wife Catherine was a former slave from Jamaica. And her rise to be his equal, her determination in the face of prejudice and scorn was uncannily reminiscent of Demelza’s own journey. As was the love and devotion both couples felt for each other. I wanted Ned to be part of Ross’ journey towards greater maturity, to be the salutary lesson, his 'there but for the grace of God'.

Tracing Despard and Catherine’s real life story, intertwining it with Ross and Demelza’s and seeing them deal with the consequences of that entanglement, forms the spine of series five and introduces on the way other real-life characters such as James Hadfield (would-be assassin of George III), William Wickham (founder of the British foreign secret service) and Joseph Merceron (the 'Godfather' of East London). Inextricably involved with Ross and Demelza’s journey are Ross’s nemesis George Warleggan, as well as friends and allies Dwight and Caroline Enys, Sam, Drake and Morwenna Carne.

It feels strange, and a little sad, to be approaching the transmission of series five knowing that we won’t be returning to Cornwall, but it’s been an extraordinary journey for all of us and we feel truly fortunate to have lived with these characters and stories for so long. What’s next for me? A contemporary series. Watch this space. Not a tricorn in sight. I’m excited for the next project - but I’ll miss that Cornish surf!"