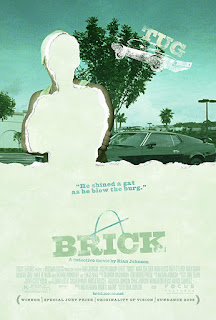 News of Rian Johnson appearing at this year's London Film Festival, alongside his latest film Knives Out, prompted Ren Zelen to re-examine one of her favourite films of his, Brick...

Rian Johnson is a director, writer and musician, but primarily one of the most unique, inventive and sometimes controversial, filmmakers currently active in both film and TV.

The three episodes of the TV series ‘BREAKING BAD’ which he directed all proved to be memorable entries in the series' five-season run. The first was "Fly", trapping Walter White inside his laboratory and inside his disintegrating mind. Two years later, Johnson helmed "Fifty-One," famous for the climactic scene in which Skyler attempts suicide. Lastly, "Ozymandias," the third-to-last episode of the series and possibly the most celebrated of ‘Breaking Bad’s’ much acclaimed run.

In 2014, it was announced that Johnson would write and direct the eighth instalment in the Star Wars film series - ‘Star Wars: The Last Jedi’, was released in December 2017. The same year news broke that Johnson would write a trilogy of Star Wars films separate from the main story arc of the franchise, but there has been speculation as to whether this will happen in the foreseeable future.

As he has demonstrated in his addition to the ‘Star Wars’ canon, he is someone who can respect tradition, but won't allow conventions to paralyze his imagination or creativity.

Meanwhile, Johnson has directed a black-comedy-murder-mystery entitled ‘Knives Out’ penning the script with long time producing partner Ram Bergman. Johnson’s whodunnit film is due to debut at the Toronto International Film Festival and later at the London Film Festival where he will also give a talk about his career and the making of ‘Knives Out’ (which will go on general release in November 2019). 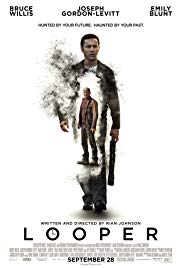 Prior to his foray into TV, Johnson tried his hand at the sci-fi genre with the time-travelling yarn ‘LOOPER’, perhaps the first of his movies to earn widespread recognition.

‘Looper’ received its fair share of criticism from purists who highlighted some ‘time-travel issues’, although any movie that plays with the rules of a sci-fi staple inevitably attracts scrutiny. This was perhaps missing the point - ‘Looper’ doesn’t disregard the time-bending sci-fi tradition, but instead places a different emphasis on the time-travelling device, using it primarily as a storytelling tool, while still demonstrating all the aspects that make this kind of sci-fi film fun.

Instead of getting bogged down in the impossible logic of timeline continuity or copping out with vague ‘Timey-wimey’ elusiveness, Johnson concentrates on storytelling conceits which embrace time travel.

In regard to ‘Looper’, Johnson is quoted as saying, “The real question isn't 'Would you go back in time and kill Hitler?' It's 'Does solving a problem by finding the right person and killing them ever work? Or does it create a self-perpetuating loop of violence?' And that to me is not a theoretical, time-travel question. That's a real-world question”.

However, the film I intend to re-examine here is the early feature which revealed Rian Johnson as an original voice in modern cinema - one who had the imagination and writing talent to develop into a force to be reckoned with.

I want to look at ‘BRICK’ - Johnson's debut feature made for just $500,000 - a pitch-black, neo-noir thriller that follows a young Joseph Gordon-Levitt around the underbelly of his high school community looking for the answers to a fascinating, twisted mystery. 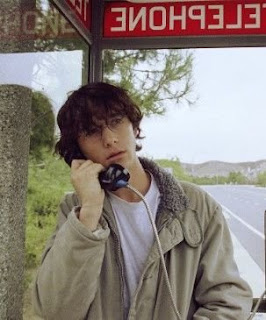 In ‘Brick’, Johnson coaxed uniformly outstanding performances from a young cast, most obviously an assured and compelling turn from Joseph Gordon-Levitt, earmarking the young actor as one to be watched (a prediction that has since been eminently fulfilled).

However, the movie’s most arresting strength is a script that reads almost like Shakespearean dialogue and sounds like music. Compare Harrison Ford bemoaning George Lucas' Star Wars dialogue - "George, you can type this s**t, but you sure as hell can't say it!" to Joseph Gordon Levitt’s endorsement of Johnson's poetic script - "Brick was a good script just to read. It was like, 'Oh my God, these words feel so good in my mouth…There are enough movies which try to build a world using cool sets, costumes and flashy camera work. In ‘Brick’, the world is born from the words”.

In his film Johnson creates a convoluted gumshoe thriller in the style of Dashiell Hammett or Raymond Chandler but sets it, ingeniously, among the pupils of a Californian high school.

This institution has schoolkids with little apparent schoolwork to do, instead it’s corridors and sports fields conceal thugs, enigmatic females and wise-cracking cynics. Instead of trench coats they wear T-shirts and instead of the luminous black-and-white cinematography of old-school Noir, we see the bleached-out colours of indie cinema.

Brendan still carries a torch for his ex-girlfriend Emily (Emilie de Ravin) who disappears in mysterious circumstances after reaching out to him for help.

He can’t deny her even though he is still smarting from having been unceremoniously dumped when Emily saw a chance to hang out with the rich, hip, druggie school crowd that Brendan despises.

After receiving a frantic call from a frightened Emily, Brendan makes a heart-breaking discovery when he visits a local storm-drain tunnel. This instigates a dogged search for the truth.

Brendan recruits his smart, nerdy pal, fellow specs-wearer Brain (Matt O'Leary) to help him discover ‘the straight’ - the real story behind the disappearance of his erstwhile girlfriend.

The viewer, along with the menacing crowd Brendan sets out to infiltrate, cannot help but be drawn in by his tenacity and fearlessness and be impressed by his shrewdness when he finds himself in a dangerous situation. He has no qualms regarding the methods he might have to use or the cost to his personal safety. 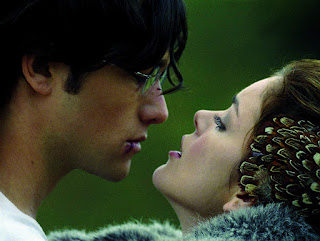 As the unique dialogue creates the grim world of this high-school noir, the atmosphere becomes increasingly sinister. Femmes-fatales linger in smoky rooms while young mobsters and their adolescent thugs glare ominously from shadowy corners. Double-dealing is the order of the day and it’s never clear who is to be trusted.

One of several points in the movie where the collision between classic 1940s Noir and the 21st-century setting is most cleverly played-upon, is when Brendan is hauled in to see the Vice-Principal of his high school (with an implied double meaning of the word ‘vice’).

Brendan had previously aided the school authorities with insider information about drug-pushing but furiously declines to be treated like an informant by Vice-Principal Truelove (played by Richard Roundtree, here resonating with his 1971 ‘Shaft’ character).

Within this self-enclosed world, Truelove treats Brendan exactly the way a police lieutenant would treat an errant private-eye who knows too much for his own good but who refuses to be pushed around by an authoritarian figure.

Brendan shows himself to be the wise-cracking maverick we might expect - "If you've got something on me, write me up!" he snarls at Truelove, "If not, see you at the parent conference!" Maybe Bogart could have made the line sound more bitingly belligerent, but not as incongruous.

In the real world Brendan's situation would necessitate the presence of a grown-up: possibly his mother or the police, (known in the film as the "bulls" i.e. ‘bulls in a China Shop’) yet the Vice-Principal is almost the only adult we are ever permitted to see on screen.

The drug-lord Kingpin, known simply as ‘the Pin’- with his cloak and cane, is supposedly a crime veteran at 26, but still lives with his mom. He is brilliantly played by Lucas Haas as a slim, steely, youthful version of someone like Sydney Greenstreet or Orson Welles.

We remain intrigued and exhilarated by this use of a familiar fiction template, but using the Noir crime genre in this context necessitates some witty socio-cultural reinvention. Turning these old-school Noir personae into high-school youngsters depends on a knowingly ironic effect which Johnson chooses to play totally straight, which gives the film a surprising aura of authenticity.

Certainly ‘Brick’ deals in violence, and it’s callous, grim and nasty. Victims are threatened, bloodied and beaten. Guns are produced sparingly, which makes their use amongst these high schoolers all the more shocking, although interestingly the kids hold the guns upright in the noir-pulp style, not tilted over like contemporary gangstas. 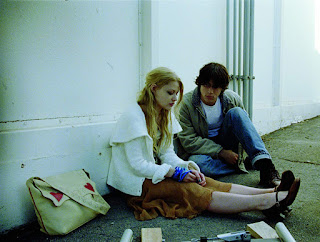 A smart experiment in style and language

The high-school movie has always been a unique genre, often capable of expressing profoundly adult themes. It is possible to read ‘Brick’ as a metaphor for the agony of unrequited love, or the dangers of drug-abuse, or loss of control, or a fable about how yearning to be included in the ‘in-crowd’, as an adult or a teen, leaves us vulnerable to be victims of deception and manipulation and can lead to our destruction.

On almost all of those terms ‘Brick’ is successful – it’s a smart experiment in style and playful language, offering compelling performances and a screenplay of tremendous audacity and creativity, while remaining wry, tragic and ‘hard-boiled’. It is one of the last decade’s most underappreciated movies – a little gem that should be seen by a wider audience.

Tickets to watch Knives Out or see Rian Johnson's Screen Talk at London Film Festival go on sale on 12th September. Find out more at the LFF Website