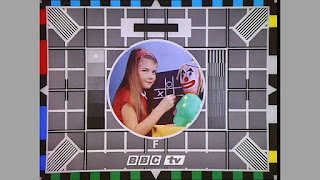 Prepare to fall down a rabbit-hole of watching "stuff" as the BBC has made thousands of fascinating clips from its archive available to watch on a new website - bbc.co.uk/archive...

More than 1,700 newly published videos are being made available in the online archive for viewers to watch and enjoy, many of which hold a mirror up to our lives today and help paint a rich social history of Britain in the television era.

The new Archive site will help people navigate an ever-increasing portion of the more than 10 million hours of content that currently sit in the BBC’s archive. It will be curated by the same team that currently mines the vaults for the ever popular BBC Archive social media accounts, which have attracted a loyal and ever-increasing daily following over the past four years. The website, with categories from Arts to Food and Drink to Politics and Children's TV among many others, brings together collections of many viral hits, including:


☛A woman from the east end of London talking in 1977 about her memories of television programmes, which since July has received almost three million views on social media

#OnThisDay 1977: Thanks for the Memory - The Viewer's View asked people what they thought about television.

This woman was likely approached for a snappy vox pop, but ended up delivering something closer to a dramatic monologue. Fantastic stuff. pic.twitter.com/vzQTAe3ujz
— BBC Archive (@BBCArchive) July 31, 2019

☛A 1974 report on Deke Duncan’s garden shed radio station, which thanks to its revival by BBC Archive, led to him getting his big break on the BBC 44 years later

For something less taxing, curious viewers can take a break by watching a delightfully relaxing 1950s interlude such as the famous potter’s wheel or a kitten playing with a ball of wool. Slow TV, 60 years ahead of its time.

It also contains curated collections of programmes and clips from the BBC archive, themed around everything from the outbreak of World War Two to the rise and fall of the Berlin Wall. These are invaluable primary sources where users can see and hear history as it was being made.

It will also feature many more newly unearthed, surprising and charming clips, ripe for rediscovery. As the website grows, it will continue to inform, educate and entertain by resurfacing videos with topical appeal.

The new website coincides with the 50th anniversary of Nationwide, the early evening precursor to the One Show that featured quirky stories from around the UK between 1969 and 1983. Many of these delightful characters and oddball reports are finding a fresh worldwide audience online. The website brings together the best of these in an easy-to-use way that viewers can explore at their leisure.

Peter Rippon, BBC Archive executive editor, says: “The site is the beginning of a journey into the BBC’s most cherished asset. Social history, and what it reveals about who we are, is proving especially popular, so we’ve created collections of hundreds of items that give a glimpse of what the archive contains. We are planning to open up the archive much more as the BBC prepares to mark its Centenary in 2022. This is an important step on that journey.”

The new site can be found online at: https://www.bbc.co.uk/archive/collections