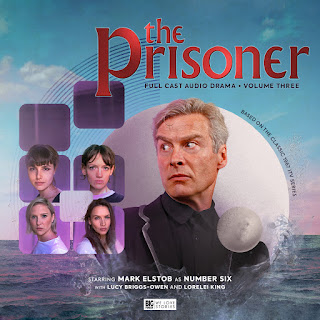 Big Finish Productions draws the curtain on the Village in November with the third (and final?) series of the full-cast audio drama, The Prisoner, with Mark Elstob reprising his role as Number Six. Listen to the trailer...

Number Six is still trapped in ‘the Village’. Do those who run this place want simply to extract classified information or do they have a darker purpose? Number Six has to believe he will escape. And this time he begins to see a possible way out. But will the price of freedom be too high?

Since 2016, Big Finish has been re-imagining the classic 1960s TV series, The Prisoner, as a full cast audio drama. Based on the classic ITV series originally conceived by and starring Patrick McGoohan, with stories and concepts that feel very familiar but are at the same time different. Now, the series is coming to an end.

Director and writer Nicholas Briggs explains: “There’s been a big change from the previous two volumes with this one. This box set is very much written as a serial. It’s one long story with characters that continue from episode to episode.

“The first three episodes have remote links to the original, but the finale isn’t based on any of the TV episodes, and certainly not Fall Out – the last TV episode – which we sort of covered in The Prisoner Volume Two.”

The box set also tackles some topical issues, including identity theft, immigration, the manipulation of democracy, and terrorism.

Actor, Mark Elstob says: “The Prisoner – in the guise of a brightly coloured, turbo-charged, Sixties fantasy/spy show – addresses universal themes and asks many important questions about our modern society. The world has changed immensely but I don’t think any of the questions have.

“Almost everywhere we look citizens are being controlled, shepherded and ordered by their governments. We are spied on as a matter of course by all sorts of people. Do we really want that? There is surely nobody anywhere who wants to be pushed, filed, stamped, indexed, briefed, de-briefed or numbered, is there? The voice of Number Six – some Number Six somewhere – must always be heard!” 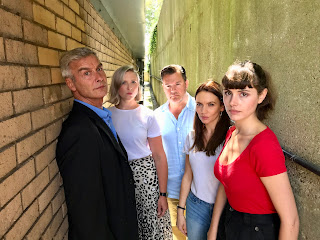 Time for an election in the Village. The regime seems to want Six to stand as a candidate to be Number Two. But when Two’s manifesto seems to be based on the notion of freedom, what platform will Six decide to stand upon? And can there ever be freedom in the Village?

The Girl Who Was Death

Six finds himself free again, back in London. But how did he get here? An explosion rocks the city and Six must work out who he can trust. Will it be Control, Danvers, Number 43, Kate, Number Two or Potter?

The Seltzman Connection
Potter and ZM-73 think that if they go back to the beginning of it all, they’ll be able to solve the mystery of the Village. But can Professor Jacob Seltzman really provide all the answers?

No One Will Know

From London, to Kandersfeld to the Village… will an end to it all ever be possible?


Along with Lucy Briggs-Owen and Jim Barclay reprising their roles as Number Two/Kate and Danvers, this full-cast audio drama also boasts some names new to Big Finish including Genevieve Gaunt, Jennifer Healy and Lorelei King.

The Prisoner Volume Three is available now for pre-order as a collector’s edition box set at £24.99 or on download from www.bigfinish.com  at £19.99.