TV - The Man in the High Castle 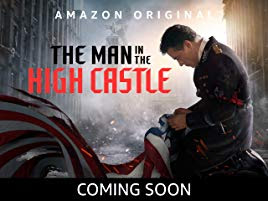 Due to start on 15th November on Amazon Prime, watch the trailer for the fourth and final season of The Man in the High Castle...

The final season of The Man in the High Castle will be rocked by war and revolution. The Resistance becomes a full-blown rebellion, driven by Juliana Crain's (Alexa Davalos) visions of a better world. A new Black insurgent movement emerges to fight the forces of Nazism and imperialism. As empires teeter, Chief Inspector Takeshi Kido (Joel De La Fuente) will find himself torn between his duty to his country and the bonds of family. Meanwhile, Reichsmarschall John Smith (Rufus Sewell) will be drawn towards the portal the Nazis have built to another universe, and the tantalizing possibility of stepping through a gateway to the path not taken.

Based on Philip K. Dick's award-winning novel, and executive produced by Ridley Scott (Blade Runner), and Frank Spotnitz (The X-Files), The Man in the High Castle explores what it would be like if the Allied Powers had lost WWII, and Japan and Germany ruled the United States. Starring Rufus Sewell (John Adams), Luke Kleintank (Pretty Little Liars), and Alexa Davalos (Mob City).