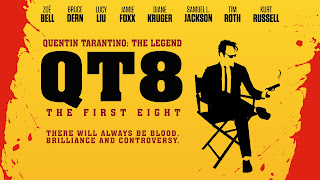 "There will always be blood, brilliance and controversy." The documentary QT8: The First Eight is released in cinemas, on Digital HD and DVD/Blu-ray next month thanks to Signature Entertainment. Watch the trailer...

This fascinating new film focuses on the thrilling journey of modern Hollywood genius Quentin Tarantino's first eight movies providing an insider look at the celebrated filmmaker's work through interviews with his actors and industry experts with newly animated recreations of key events. 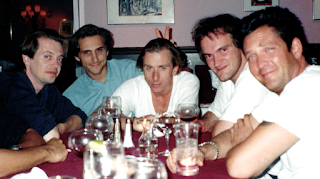 Tarantino’s films inspire, provoke and challenge us individually and as a society to the utmost extremes, all of which stems from his passion for people and a continuous exploration of the human condition.

Signature Entertainment presents QT8: The First Eight in Cinemas & on Digital HD from 13th December and on DVD and Blu-ray 16th December.