From the creators of Doctor Who: Legacy, Tiny Rebel Games, comes an exciting new video game, with five stories from the world of Doctor Who. Watch the trailer for Doctor Who Infinity, available now...

The game brings the world of the Doctor to life with brand new, stand-alone, comic-book style interactive audio adventures. Players can now delve into all five episodes including The Silent Streets of Barry Island, The Horror of Flat Holm, The Dalek Invasion of Time, The Orphans of the Poloypotra, and The Lady of the Lake. 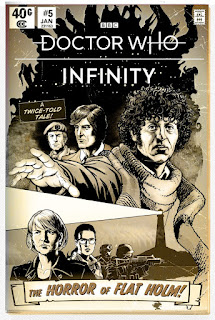 The Horror of Flat Holm

This is an epic U.N.I.T. vs the Cybermen story told in several time periods! The Fourth Doctor is joined by Captain Mike Yates (voiced by Richard Franklin) and modern-day Osgood (voiced by Ingrid Oliver) and Kate Stewart. 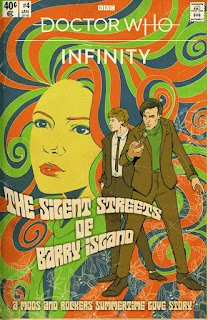 The Silent Streets of Barry Island

The Eleventh Doctor, Amy Pond and Rory Williams land in mods-n-rockers era Barry Island. It's a summertime love story in an unseasonably snowy Barry Island, now plagued by mysterious, gruesome deaths and disappearances. They've arrived for a planned holiday but quickly have to ditch the beach gear and blend in with the locals to solve the mystery… 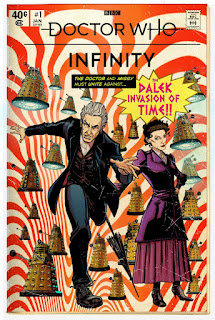 The Dalek Invasion of Time

The Twelfth Doctor faces the Daleks and has to cope with Missy as an ally, in an all-out Dalek war! Michelle Gomez is back in the role of Missy, with Ingrid Oliver as Osgood, plus joining them is Bella Ramsey, who voices new villain Freya in the game. 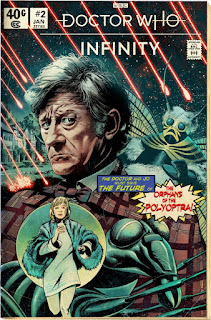 The Orphans of the Polyoptra

The Third Doctor and Jo travel back in time to World War Two and before in The Orphans of the Polyoptra. There, they make new friends and discover creatures form the Doctor’s past… The story is narrated by actor Katy Manning, who returns as Jo Grant, her role from the Doctor Who TV series, and also voices the enemy. 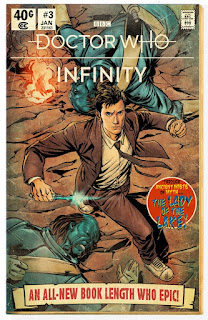 The Lady of the Lake

The Tenth Doctor and Rose Tyler are visiting the Black Mountains of Wales. As a piece of alien weaponry poses an existential threat to mankind, the Doctor has to team up with a local poet as they try to unravel the mysteries of the Lady of the Lake.

This story is narrated by and stars Celyn Jones as Geraint, Katy Manning as Delyth and Marilyn Le Conte as the eponymous “Lady of the Lake”.

You can now play each of these thrilling Doctor Who stories on Doctor Who Infinity, available now. The game is available on the App Store, Google Play, Steam, Humble Bundle, and Green Man Gaming or head to the Tiny Rebel Games website to download.

Images - Steam/BBC Doctor Who
Email ThisBlogThis!Share to TwitterShare to Facebook