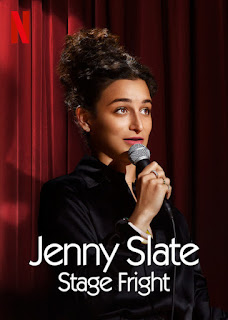 Something interesting is happening with the new generation of stand-up comedians. Many of them are looking inward to find their jokes. Observatory humor will always be a large part of comedy, but as these new comedians are introduced to the mainstream, they bring with them the weight of unlimited exposure. To be seen is the point of showbiz, but in a world where everything you do and say is scrutinized, the wiliest among our brood have developed a keen ability for introspection. It’s part maturity, part self-preservation. Those standing center stage, splashed by the spotlight, have found a new way to connect with their audience by displaying a willingness to be vulnerable.

Standing in front of thousands of people who paid to hear you talk, with the expectation that you’ll make them forget about everything disjointed and cumbersome in their lives, is already an act of self-immolation. Comedians offer themselves up in effigy, baring a fragility to the audience that the rest of us are too afraid to expose. But a wave of new comedians is taking the microscope normally meant for dissecting society and turning it on themselves, cranking the magnification to the point that minor etches in their façade spread out like canyons. Into this breach they invite their audience to partake in a sort of group therapy, using the tool best designed for the task: laughter. Bo Burnham does this with a mix of comedy and music in his special Make Happy; Kumail Nanjiani translates pain and the humor from his comedy to trudge through personal tragedy in the film The Big Sick.

These aren’t new concepts, but there is a more genuine sincerity amongst the rising crop that is indicative of the heartfelt aura surrounding fledgling generations. Millennials, and whatever you call those that are younger (who can keep it straight?) beckon from their peers a brazen honesty that Baby Boomers were taught to ignore and Gen Xers (like myself) were not equipped to exhibit in a healthy way. The Boomers buried their feelings under the grave of capitalism and we draped the angst around our shoulders like a cloak of anti-establishmentarianism fueled by grunge rock.

The younger generation is figuring things out in a new way. And they are doing it together.

“This is a performance.”

In Stage Fright, Jenny Slate is an unbalanced disco ball, swaying and spinning on New Years Eve, refracting the warmth of colored lights and joy back onto her audience. She takes the stage waving her hands in welcome to the faces smiling back at her. If you think she is a little “extra”, that’s because she is. High-pitched, frenetic, pinballing her way around the stage. But don’t mistake her enthusiasm for the marked duplicity that normally accompanies a comedian’s act. Slate’s virtuous nature is distinct, especially once the documentary-style vignettes begin.

Featuring her parents, sisters (one older, one younger), and her two grandmothers, the occasion is shared with the audience in the Gramercy Theater where the special was filmed. In a generous display of candor, Slate’s family opens the doors to their home in Massachusetts for filming and each has their moment, singular and shared, offering a peek into their idyllic upbringing. To call their childhood home and the lives contained within picturesque would be adequate, but only in so far as the term “fairy tale” is too grandiose.

As Jenny bounds Muppet-like throughout the home, you half expect cartoon birds and animated bunny rabbits to be following close behind. Her life has been one of privilege, but two things are made apparent throughout the special: one, Slate is aware of the blessings in her life and two, her upbringing informs who she is but doesn’t define her. In one scene, Jenny wanders into her grandmother’s meticulously kept walk-in closet, and fawns over the sweet smell of powder and Shalimar while hugging a sweater her grandmother has had for Jenny’s entire life. Then, grabbing a nightgown off the closet rod, she checks the label and with a wink, says, “Oscar de la Renta, ‘k? Nana Connie’s not sleeping in bullshit.” The Slate family is broadly endearing, showcasing a closeness with each other that lends to Slate’s openness with her audience. She knows she is loved and she wants to share that love with as many other humans as possible through her talents. While sharing stories with her sisters, she asks the question, “Are you lucky in love?” “Yes.” Is the quick and definitive answer from both.

Deciphering the motivations of a comedian can be an impossible task, but with Jenny Slate you get the sense that she just wants the world to know love in the intimate way that she does, by laughing at and loving yourself first. Slate gives herself up as an offering in order to get us there, even if it means fighting through crippling stage fright to make it happen.