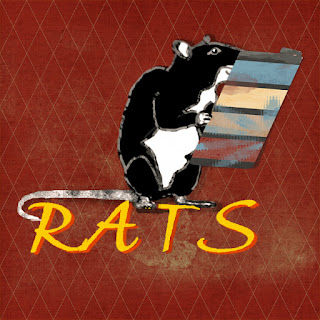 It's not just movies that have had rats in starring roles, there are lots of books that feature the lovable little rodents as central characters. Susan Omand takes a look at a few...

Rats have been found scampering and skulking through the pages of many books over the years. From being the objects of hatred in The Pied Piper of Hamelin to the ubiquitous horrors in James Herbert’s The Rats to the imagined nightmares of the protagonists in Orwell’s 1984 and the road to madness in H P Lovecraft’s story The Rats in the Walls.

However, when a particular rat becomes a character in its own right, with names and personalities, they become a lot more relatable and a lot less scary than the fear of the unknown “rats” of lore. Below is a little list of some of my favourite book rats. I’ve not included literary rats (liter-ratties?) where the rat is not anthropomorphised, although the March family’s pet rat Scrabbles and Scabbers, Ron Weasley’s familiar in the Harry Potter tales would definitely be in there if I did. Also the sharp eyed among you may notice that one of the most famous literary rodents of all, Rattie in the Wind in the Willows is not included. That’s because he wasn’t a rattus rat he was a water rat, or European Water Vole (Arvicola amphibius) to be more precise so he doesn’t count for this list, although I love the story. 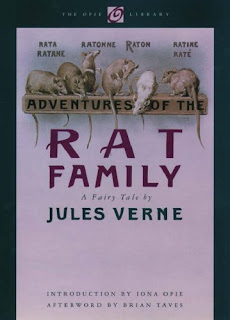 Ratine – The Adventures of the Rat Family by Jules Verne

Ratin and Ratine are in love and wish to be married. They were once both rats, but, sadly, Ratin transformed into a man before Ratine transformed into a woman. Ratin loves her regardless and is perfectly willing to wait for her final transformation, but Ratine's mother thinks Ratin is not good enough for her and thinks her daughter deserve a much grander life. Cue Prince Kissador who kidnaps Ratine thanks to the help of the evil magician Gardafour, who transformed the entire rat family into oysters… look, maybe you have to read it for yourself? Suffice it to say Ratine is a strong protagonist who sets out to undo the spells of the evil magician. 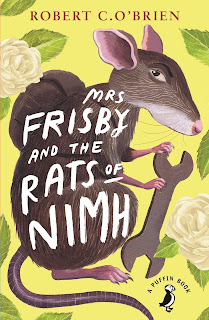 (Read Alwyn's article on the film adaptation here)
Another children’s book but one that definitely bears reading again as an adult to get the nuance of the conflict between science and nature as well as the progress of societal development of the former lab rats.

Mrs Frisby is a mouse who must move her family of mice before the farmer destroys their home. But her youngest son is too ill to move and it’s only after Mrs Frisby helps a young crow that she finds out about a group of mysterious, super-intelligent rats, led by Nicodemus. He is very much a leader too, great at speech making, strategising and rallying the troops to aim for better things in a way that only one who has risen through the ranks may do. 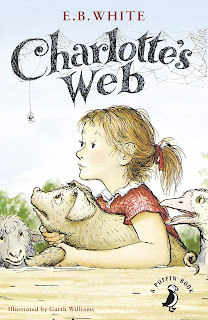 I remember reading Charlotte’s Web at school and, along with everyone else, feeling very sad at the end (I won’t spoil it any more for you if you haven’t read it) but the stand out character for me was Templeton, the rat that lived in the barn. He is sarcastic, mean and selfish, sneaky and surly, never doing anything for anyone unless there was something in it for himself. A rat after my own heart and some much needed light relief in what is a heart-heavy tale. And no, he’s not all bad, honest.

A change of pace as well as a change of style as the far-too-accurate tech-office based Dilbert comic strips of Scott Adams come to the fore to give us Ratbert, or to give him his official name, XP-39C². Ratbert was the product of a cruel science lab experiment where rats were fed macaroni cheese to induce paranoia. He escaped and found refuge in Dilbert’s home where he soon found a niche after initial resentment. He still has the manic paranoia, exacerbated by everyone taking advantage of him. but it is tempered with the enduring innocent optimism of someone discovering the world outside his lab cage for the first time. 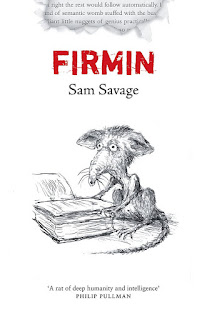 Firmin – Firmin: Adventures of a Metropolitan Lowlife by Sam Savage

Oh I LOVED this book and the character of Firmin, from the story, to the illustrations, to the hole munched out of the top of the front cover (yes it's a real hole). Firmin lived in a bookshop and was born the 13th child of an alcoholic mother rat and is the runt of the litter so tended to lose out in the fight for food. As a result he ate his bedding, a copy of Finnegan’s Wake, and discovered that he could read, devouring (figuratively and literally) many other books which only feeds his curiosity for the world. As a study of loneliness, morality and self-doubt, Firmin is a rat with the most human traits of all and, as such, we root for him and wish for everything to be ok.