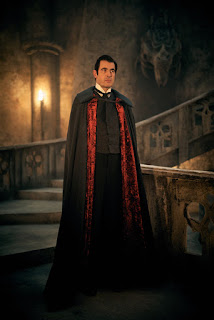 Ren Zelen sinks her teeth into Gothic classics with a re-examination of Gatiss & Moffat’s Dracula vs Bram Stoker’s Vampire lore...

Just when you think Dracula has been done to death (pun intended) the naughty old Count comes creeping out of his coffin yet again. Gory, silly and ever so slightly camp, the latest version, a passion project by creators Steven Moffat and Mark Gatiss, appears primarily to be a loving tribute to the Hammer Horror incarnations of the aristocratic bloodsucker.

As in their best episodes of Sherlock (i.e. the early ones) our enjoyment is usually characterised by our familiarity with the source material, while enjoying some surprises at the unusual ways that Moffat and Gatiss decide to riff on it.

The first episode of Moffat/Gatiss’s Dracula is fairly faithful to the book - set in 19th-century Transylvania, where a solicitor called Jonathan Harker is recalling his experiences at Dracula’s castle to a nun called Agatha (which we then see in flashback).

It is clear from the outset that Agatha is not a conventional type of nun, as she shocks all assembled by bluntly asking Jonathan if he has had sex with the Count. Harker, suitably bemused, is played by John Heffernan, looking for the most part like he’s been through a concentration camp nightmare. If Harker had no idea what was letting himself in for when he entered the castle, he certainly can’t quite comprehend what has happened to him since.

By contrast, fast-talking, Dutch nun Agatha seems to know a great deal about the occult and specifically about vampire lore. It turns out that this is because she is no less than Agatha Van Helsing, a bit of an expert. This particular piece of Moffat re-tooling turns out to be rather inspired, thanks to Dolly Wells’ delightful interpretation. Her Agatha is easily this adaptation’s stand-out character, with a lively and unorthodox conversational style that sets the tone of the whole film.

The first two episodes of the three 90-minute segments are visually stunning and pleasingly entertaining but alas, as we have come to expect of Steven Moffat’s writing, by the ultimate episode he has so overplayed his tinkering with a perfectly good story, throwing in a plethora of self-referential flourishes and messing with the basic plot and timeline, that things simply stop making sense.

In episode three, once we have gotten over our curiosity as to how Dracula is going to translate into the modern era, the whole edifice begins to crumble. Although transferring Sherlock to 21st century London turned out to be hugely successful for the writing team, due in no small part to the chemistry between the central partnerships, this ruse doesn’t quite work in their reinvention of Dracula.

The introduction of Lucy Westenra as a vain, hedonistic, death-obsessed selfie-taker, neither engages our emotions nor overcomes our longing for the return of Agatha and her sparring match with Claes Bang’s amusing, if oddly modernistic, Count Drac. Perhaps realising some of their error, Agatha is quickly re-introduced using a conceit so silly, that it fails to hide its desperation.

As the last episode plays out the laughs dry up, as does the initial promise. The rules of Bram Stoker’s original have been twisted and wrung out to such an extent we are left to wonder what is left.

Even in a fiction featuring the supernatural, there must be internal logic, and the failure of this adaptation lies in breaking all the rules that the writers thought themselves too clever to keep. After a bold and entertaining start promising a new reveal as to the Dracula legend, Gatiss and Moffat’s Dracula crashes in (the Sun’s) flames, in an overstuffed, confused, convoluted, anti-climax of a finale. 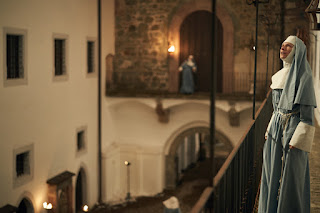 However, there’s a reason Vampires live for such a long time. Of all our monsters, the Vampire remains our most malleable fictional creation. Vampire mythology has various historical sources and literary precedents, but its cultural impact began with Bram Stoker’s novel.

Like a vampire itself, the myth continues to feed on the lifeblood of popular culture in order to attain immortality. Contemporary concerns and attitudes colour our perception of these adaptable bloodsuckers and their slayers, and the character of the Count has so inspired the human imagination that he has become one of the most versatile figures of popular culture.

But it was the repressive society of Victorian England that gave birth to and nurtured the original monster, and that is where we must look to discover the source of Count Dracula’s persistent potency.

In Stoker’s book Count Dracula is descended from Attila and the Huns – the traditional enemies of civilization, and is associated with nocturnal predators, such as wolves and bats. Transylvania is portrayed as a dreamlike place and the Count as a nightmarish creature. This places him squarely in the territory of ‘the Other’- the ‘not like us’ - and since Stoker never gives him a narrative voice he is also ‘the unknowable’. In his position ‘outside the pale’ he is able to shatter closely held taboos and play on subconscious fears.

Stoker’s Dracula has prodigious physical strength and a supernatural power to attract his victims – he is an image of sexual potency and is contrasted with the passivity of the young heroes, especially Harker. However, the Count’s sexuality takes a non-procreative form and for the Victorians, the sole legitimate aim of sexual congress was procreation, so Dracula’s sexual impulse is ‘abnormal’, not only that, it is promiscuous and bisexual.

The Count’s desire for blood crosses gender boundaries. When Jonathan Harker cuts himself shaving, Dracula wants to ‘suck’ him. (This homosexual element has been played upon in some of the film adaptations and subsequent incarnations of the vampiric, such as Anne Rice’s Lestat).

Stoker’s novel also introduced the idea of a predatory female sexuality, as exemplified by the ‘brides’ and by Lucy, whose lust is released after being bitten and ‘turned’. This idea was shocking to Victorians - for them a woman was meant to be asexual, passive and pure. If she were a sexual creature, she must also be degraded and dangerous. Lucy had to be destroyed and the threat of female desire and assertiveness removed, so preserving the patriarchal status quo.

The connection between vampirism and capitalism is less explored, though the link between patriarchy and its economic base is made clear by Stoker, as he has Mina write in her journal, “How can women help loving men when they are so earnest, so true and so brave! And too, it made me think of the wonderful power of money! What can it not do when properly applied?”

It is touched upon in Anne Rice's ‘Vampire Chronicles’, where the vampire Lestat is shown to prosper as a result of his commercial viability in the music industry, and in more detail in Guillermo del Toro's 1992 film, Kronos.

Anne Rice’s ‘Interview With a Vampire’ (1975) finally allowed vampires the voice Bram Stoker denied Count Dracula. By doing so it suggested that vampires might be tormented, soul-searching and glamorous characters. This opened the floodgates to a subcategory of vampire fare such as ‘Buffy’, ‘True Blood’ and the ‘Twilight’ series (in which vampires may be seen as the soapy descendants of Rice’s chronicles).

It seems that Stoker’s original vampire – the mysterious, cold-blooded, un-dead predator, is an endangered species. His monstrousness has been devalued, his mythology twisted and diluted. Perhaps it’s time that the vampire reverted to his original nature and again took his rightful place, disturbing our placid dreams with a truly subversive presence:

“The last I saw of Count Dracula, he was his kissing his hand to me, with a red light of triumph in his eyes, and with a smile that Judas in hell might be proud of.” ― Bram Stoker, Dracula