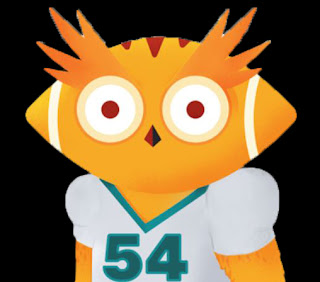 Apparently there was a programme on TV about an owl last weekend. A superb owl. However, Susan Omand ignored that and... watched the adverts instead??...

Yes, last weekend was the biggest weekend of the year in American Football, the Superbowl [ahhhhh! - Ed] when the world and his dog pretend to know something about the game just to have an excuse to join in the fun. And every US company knows that this means that TV advert breaks in and around the game itself are prime real estate for getting your product in front of a massive audience, so big brands always make a special effort and this year was no exception.

Now, I'm not talking about the amazing film trailers that the big movie production houses pushed out over the weekend, like James Bond, Top Gun, the new Minions movie or even ALL the Marvel TV spin-offs coming to Disney+, but real adverts for real products. Adverts like these...

Talk about making a flaw into a feature! You can't touch this...

Now, there's a bit of background to this one. Those of us of a certain age may remember that way back in 1999-2001 there was a Budweiser advert that sparked a craze for people saying WHASSUUUUUUUP to each other. This is a new (and very nostalgic) twist on that...

What's this? A mortgage company that nobody has really heard of can get Jason Momoa to strip off for an advert?! I'm never looking at him in the same way again after this...

Well, I guess, if you're going to spend money on a Superbowl advert, you've got to go big or go home....