TV - Into the Night 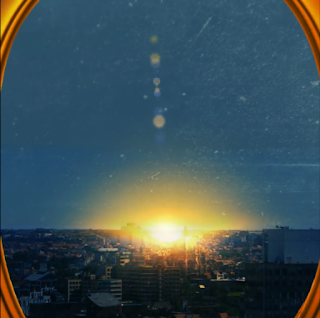 To escape from the sun you have to head Into The Night. Watch the first teaser for the upcoming Netflix original series...

Into the Night begins with a sudden solar event, as the sun inexplicably starts killing everything in its path. The show centres around the ‘lucky’ passengers and crew of an overnight flight out of Brussels, as they attempt to fly west — into the safety of the dark night. The plane’s manifest is multinational and multilingual, with passengers rich and poor, young and old, civilian and military. The seemingly ordinary travellers share but one thing: A desire to survive the sun — and each other — by any means necessary.

A Belgian production, inspired by the novel by Polish writer Jacek Dukaj titled The Old Axolotl, all six episodes of Into the Night are directed by Inti Calfat and Dirk Verheye with an international cast.

The showrunner is Jason George (Narcos, Vice, The Blacklist, Scandal) who said "This thought-provoking thriller asks the question that we are hearing more and more nowadays: is humanity able to unite in the name of the common good, or will we fall prey to our own egoism and selfish nature? It seems interesting to me to present airplane passengers as a kind of community made up of complete strangers with different world views and backgrounds. Sometimes such random meetings lead to the creation of new friendships, and sometimes they end in a battle for armrests."