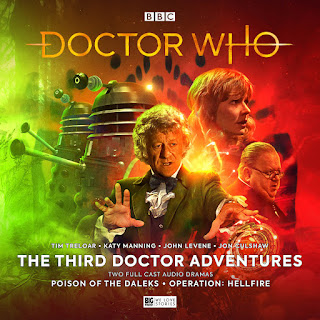 UNIT assemble! Back to fight the Daleks with the Doctor and Jo, and the TARDIS team travel back to World War II in a new volume of The Third Doctor Adventures, out now from Big Finish... 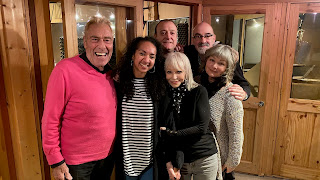 Poison of the Daleks by Guy Adams

UNIT has been seconded to handle security at Breathe Industries’ revolutionary new air filtration plant. The Doctor is initially dismissive… but when a man seems to appear out of thin air and die, his curiosity is piqued.

The Doctor soon discovers that the plant is connected to another time, another place. Stranded with Jo, the Brigadier and Benton on a distant planet, the Doctor discovers the terrible truth behind Breathe Industries' new technology. His oldest enemies, the Daleks.

Can even the Doctor and UNIT manage to save two worlds at the same time?

When the Doctor accepts an invitation to an audience with a popular horror writer, he's expecting a rather dull evening. But he quickly senses the presence of another Gallifreyan nearby. The Time Lords have a mission for him.

Soon the Doctor and Jo and themselves at the height of the Second World War in 1943. Caught up in a struggle involving occultist Nazis, the Prime Minister, top secret agencies and a mysteriously powerful amulet, they must distinguish friend from foe and avoid sacrifice upon the altar of evil. 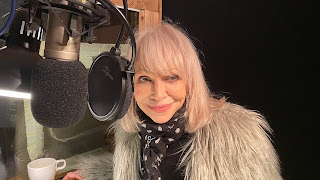 Actor Katy Manning said: “The camaraderie in these stories is absolutely lovely. There's laughter. There's hard work. It's a beautifully dysfunctional family. It really is. You can actually feel it in the studio and the booths.

“Jon Culshaw is bringing our Brig to us from the heart. The same with Tim Treloar as the Third Doctor. He's just grown and grown. Gone are the nerves – we now just are. There's a little twinkle in everybody's eye when certain things are said. For a nano-second, I actually was transported back into the 1970s. I really did for a second truly forget where I was.”

Producer David Richardson added “The Daleks are back! I remember, as a kid, looking forward to the rematches between the Third Doctor and the Daleks, and that has carried over into my role as producer. The first adventure of The Third Doctor Adventures volume six is Poison of the Daleks. It’s a great ensemble piece, taking the Brigadier and Sergeant Benton off world, and throwing them into some explosive battles with the Daleks. They have a rather different plan for conquering Earth this time, thanks to the fiendish mind of writer Guy Adams.

“We’re also making our first historical story for the Third Doctor in Operation Hellfire. Jonathan Barnes is always one of my go-to writers for a historical yarn. He gives them such texture and writes them with such passion, and this is no exception. Plus, we have some cameo appearances by Ian McNeice as Winston Churchill. It’s a World War II story so how could we not include Winnie?”

Doctor Who: The Third Doctor Adventures volume six is now available to own as a collector’s edition CD box set or download, exclusively at the Big Finish website, from just £19.99.