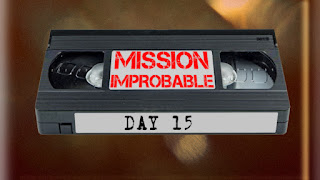 Your mission should you choose to accept it is to let Steve Taylor-Bryant's brain explode whilst thinking as he plays Mission Improbable: Day Fifteen...

To: Michael Keaton - Picked by The Defective Inspector

Ian McKellen was the narrator in Stardust that starred Michelle Pfeiffer…