Film - Snowpiercer: Off the Rails 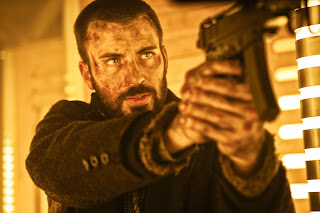 As Snowpiercer finally makes its way to UK Blu-ray™ and DVD on 25th May thanks to Lionsgate, we celebrate with a look back at some of the most exciting train-bound action movies to date...

Fast-moving trains have been supplying cinematic shocks to audiences since the earliest days of film. Legend has it, in 1896, when the Lumiere brothers first screened 50-seconds of a train approaching a station to show off their miraculous new invention, the assembled patrons panicked and fled, believing the train was hurtling towards them!

We may have become a little more sophisticated as spectators in the hundred years since, but filmmakers are still using speeding trains to excite audiences. With the high-velocities, cramped carriages and exotic atmosphere, the action genre in particular has made regular use of trains to create thrilling and explosive stories. 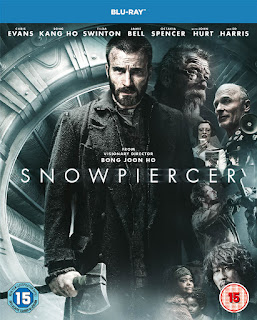 One such example comes from Academy Award-winning director Bong Joon-ho (Parasite) who assembled an A-list cast for his own foray into train-bound action, Snowpiercer. Full of hard-hitting sci-fi spectacle and plenty of biting social commentary, the film is set aboard a train carrying the last survivors of humanity as it hurtles through an earth reduced to a frozen wasteland. Within the carriages the remnants of the human race have formed their own divisive economic and class system. This is all set to change when Curtis (Chris Evans) leads a group of lower-class citizens, who live in squalor at the back of the train, on a fight to the front. Each section of the train holds new surprises for the rebel group as they battle their way from carriage to carriage. 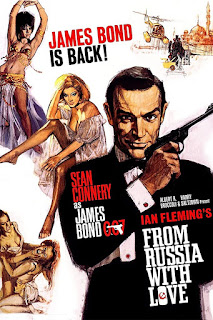 Arriving just one year after Bond’s big-screen debut, 1962’s Dr. No, this second outing for the famed spy sets the template for what would become one of the longest-running action franchises in cinema history. With more exotic locales, Bond girls and the first appearance of gadget-maker ‘Q’, many established Bond staples were put firmly into place while the action was increased, culminating in a thrilling fistfight aboard the Orient Express. After some initial escapades in Istanbul, agent 007, here played by original star Sean Connery, finds himself boarding the legendary Paris-bound train with Turkish colleague Kerim, defector Tatiana Romanova, and in possession of top-secret Russian cryptography device, the ‘Lektor’. Unbeknownst to Bond, super-assassin ‘Red’ Grant (played by Robert Shaw who would later appear as grizzled boatman Quint in classic thriller Jaws) is also on board, where he quickly dispatches Kerim and drugs Tatiana before coming after his prize... What follows is one of the most brutal close-quarters fights in Bond history as the two men go at it in the cramped confines of their train carriage. When Bond gets hold of Red’s garrot, it’s goodnight for the Russian agent. Red Grant may not be as outlandish as some of Bond’s freakier later adversaries, but he’s memorable as one of his toughest. Of course this isn’t the last time we’d see Bond battle aboard a train, the opening set-piece of 2012’s Skyfall sees the agent back in Istanbul and battling on the roof of a speeding train. Bond isn’t so lucky the second time around... 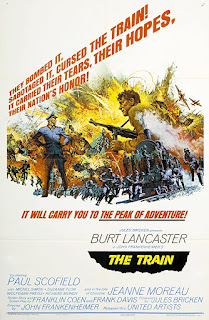 Director John Frankenheimer made his name in the 60s and 70s with a string of acclaimed action thrillers often with political leanings. His best-known works include The Birdman of Alcatraz, The Manchurian Candidate, The French Connection II and Black Sunday. In 1964 Frankenheimer teamed up once again with his Birdman of Alcatraz star Burt Lancaster to tell the daring story of the French Resistance’s attempts to stop the Nazi looting of priceless artworks and their removal, by train, to Germany. Enter resistance fighter Paul Labiche (Lancaster) who is initially reluctant to endanger human life for the preservation of art but is soon convinced to take up the challenge and thwart Nazi art-lover Colonel Franz von Waldheim’s scheme. With the imminent liberation of Paris by Allied forces, the masterpiece-packed train only needs to be delayed by a couple of days but with the delicacy of the cargo, an elaborate and potentially deadly plan must be put into place to safely stop its journey into Germany. Containing old-school action set-pieces on a scale rarely seen today, actual planes, trains and dynamite are used to stage genuine destruction of a French rail yard. Explosive! 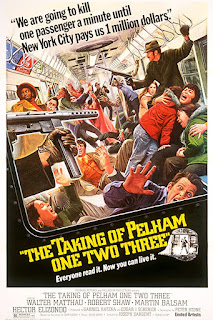 In 1974, when New York City was at the height of its crime epidemic, nowhere was more dangerous than the city’s graffiti-covered subways. This hotbed of crime proved the perfect setting for a tense action classic which saw beloved comic actor Walter Matthau (The Odd Couple) square off against Robert Shaw, returning to another villainous role after his aforementioned Bond stint. In the film, four colour-coded criminals hijack downtown train Pelham 1-2-3 threatening to kill one passenger a minute unless they receive 1 million dollars within the hour. Undercover cop Garber (Matthau) is one of the hostages and is forced to negotiate with the increasingly violent Mr. Blue (Shaw) leading to a deadly finale. Shot on location in an abandoned section of the New York Subway, the city transport authority took some convincing before they would cooperate with filmmakers, with one of their chief concerns being that the detailed plot would inspire real-life attempts at train hijackings. The filmmakers were also ordered to not include any graffiti in the film, leading director Joseph Sargent to comment, “New Yorkers are going to hoot when they see our spotless subway cars,"! 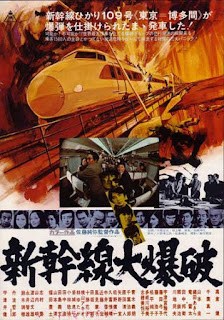 Japan’s famous Shinkansen ‘bullet’ train provides the setting for this 70s disaster film. Something of a precursor to Keanu Reeves’ action hit Speed, terrorists plant a bomb on a high-velocity, passenger-loaded bullet train shuttling out of Tokyo station. If the train drops below 80km/h the bomb will detonate, and with passengers panicking as the train starts to skip stops, the race is on to find either the bomber or the bomb before time runs out… In a rare bad-guy role the film features one of Japan’s most renowned actors, Ken Takakura, who was already a superstar in his native country and would later earn international recognition in such features such as Sydney Pollack’s The Yakuza and Ridley Scott’s Black Rain. Playing train conductor Aoki, Sonny Chiba is an instantly recognisable face for action film fans the world over. As one of the biggest martial arts stars of all time thanks to hard-hitting titles including The Streetfighter, director Quentin Tarantino would later pay his respects by casting him in his own eastern-film homage, Kill Bill. 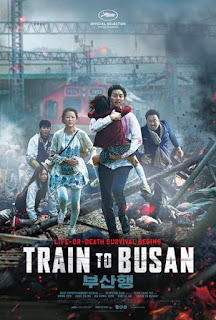 Audiences were growing increasingly tired of zombie flicks when this excellent South Korean effort put a new lease of life into the undead formula by adding fast-paced action and emotional character weight - and all onboard a speeding passenger train. The film follows a divorced workaholic father, who attempts to make amends with his young daughter by taking her to see her mother on the train from Seoul to Busan. The only hitch in the plan is the zombie outbreak that begins to take over the country, and the infected passenger who boards the train just as it departs Seoul Station… Intense train bound action follows, as the zombie infection quickly spreads throughout the train and a small band of survivors must fight their way through the undead menace. Look out for actor Don Lee who plays a brawny bruiser with a heart-of-gold in a break-out role. Following it up with a string of South Korean hits, the actor can next be seen in the Marvel Cinematic Universe with upcoming title The Eternals. Train to Busan may be notable for tense sequences amid the cramped carriages, but the father-daughter relationship proves the heart of the film, ending in a sequence that will leave even the most hardened action-fan in tears