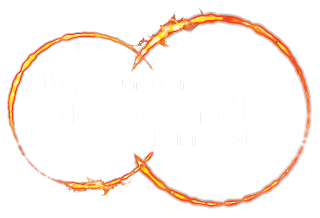 For obvious reasons, the London Indian Film Festival is not happening this year, but they’ve put up a number of short films from past Film Festivals that have won their Satyajit Ray Short Film Competition. I have watched a few of them today. There are nine in total, at the time of writing, and they will be available to watch on the London Indian Film Festival website over this summer, but if they are not there by the time you read this review then they are probably worth finding if you can. 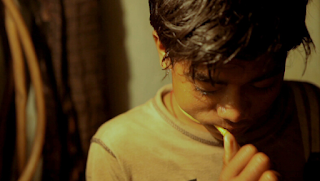 This ten-minute short film, directed by Andrew Hinton, follows Amar through his long – and I mean long – day. It begins at 03:58 and he is still doing homework after 22:18. He is not only going to school but working to bring money in for his family. His first job is a paper round, which involves some serious throwing of newspapers. Then he does school homework. Then he goes to his second job, which is working in a small electrics/electronics store. Then he comes home and goes to school. Then he goes to work again. Then he comes home and does more homework.

There is no real dialogue. We hear Amar reading in class at one point, but the rest is ambient noise. Hinton does not editorialise. We just get a ten-minute window into Amar’s life. You can make your own judgment about that life and the society he lives in yourself. He does not seem unhappy, but how can we know? He must be exhausted.

We do see Amar’s family. The blurb for the film says that Amar is the family’s main breadwinner, but we do not know why. Perhaps we do not need to know why. We just should be asking ourselves why a child must do all that whilst trying to go to school. He is top of his class – again, according to the blurb – so hopefully if he does not make it as a cricketer then he will make it as something else.

But I am in danger of going on longer than the film. It is a fine short film that opens a window on a life unlike my own – and probably yours. So, worth a watch. 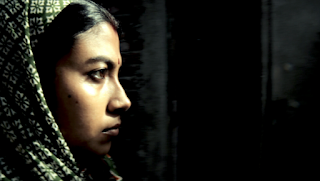 It is the story of Meena (Ratnabali Bhattacharjee) and Lallan (Vineet Singh) who live in Mumbai’s shanty town. Or one of Mumbai’s shanty town. Written and directed by Neeraj Ghaywan it manages to pack more into its seventeen minutes than a lot of Hollywood blockbusters smear over two and a half hours. Meena is doing all the work, which is sewing. Lallan is not working. He is getting flak from his mother for being lazy and, unlike his brother, failing. Lallan appears to be an obnoxious little git. He talks to Meena as if she is dirt and has suspicions that her work is more than just sewing. It manages to show us the life they live, their relationship in its warts and all glory and come through to – possible – redemption.

Bhattacharjee and Vineet Singh are brilliant as the two leads. The phone call they share in the final minutes as things are happening is well-played.

The film looks fantastic. There is one tracking shot from Mumbai’s modern cityscape in the distance across to the tin roofed shanty town that I really liked. It manages to say a lot without shouting.

I should credit Milind Shirke, the Director of Photography alongside Ghaywan’s direction. Suhaas Ahuja’s music is also rather fine.

I really enjoyed this. 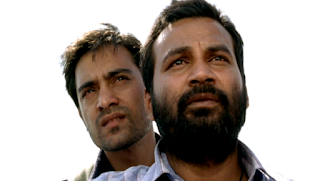 This short – directed by Anurag Gaswami – is basically an illustration of the Chekov’s gun principle. Two brothers, Madhav (Shashi Bhusham) and Raghu (Gyanendra Tripathi) are travelling on their motorbike from the City to their village. Initially we do not know why but we get the impression that it is not something entirely above board.

It is a road movie with consequences. And, like Shor, it manages to pack in a whole adventure in less than twenty minutes. The two leads are excellent and there is a surprisingly large cast for a short film. It twists a little, then twists again at the end so worth a look. I think – as well as being up on the London Indian Film Festival website for a short time - it is also on Vimeo so if you have a spare 20 minutes then check it out. 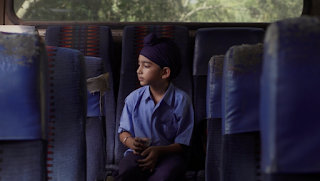 Directed by Shubhashish Bhutiani Kush is a tense and moving film about a party of Indian school children on school trip. As they are returning, they are pulled over at a roadblock, where we see a Sikh man being roughly forced into the back of a Police Land Rover. It is the day of the assassination of Indira Gandhi by two of her Sikh bodyguards. This resulted in anti-Sikh riots where at least 4,000 Sikhs were killed.

In the film there is a single Sikh child on the bus. His name is Kush. He is played rather wonderfully by Shayaan Sameer. At the first stop their teacher, Gita (Sonika Chopra) hides Kush. Things might get worse though. The bus driver, played by Anil Sharma, is nervous about their Sikh passenger. He is convinced that if the child is found they will kill everyone.

Of the four short films I have watched today this one was the best. The visuals are stunning, the story is strong, and the performances are superb from children and adults alike. Shayaan Sameer and Sonika Chopra though are wonderful. The ending is heartbreaking. Highly recommended.

Find all the short films and a lot more at the Love LIFF At Home website here.