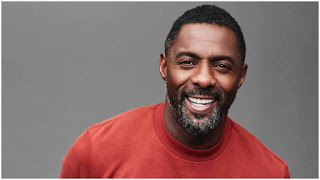 BAFTA has announced that Idris Elba OBE will receive a BAFTA Special Award, in recognition of his exceptional career and his commitment to championing diversity and new talent in the industry...

The actor, writer and producer will receive the accolade at this month’s Virgin Media British Academy Television Awards, broadcast at 19:00 BST on BBC One on Friday 31 July and hosted by Richard Ayoade.

Idris Elba rose to prominence as Stringer Bell in The Wire and gained acclaim for his starring role in hit BBC drama Luther. Elba’s impact on the international television landscape goes beyond his acting accomplishments: a fierce advocate for diversity and new talent, he founded production company Green Door Pictures in 2013 with a focus on inclusion and opportunity for undiscovered filmmaking talent.

The son of African immigrants, Elba was raised in East London. His path to international recognition was set when he received a grant from the Prince’s Trust, which allowed him to earn a place at the National Youth Music Theatre.

In 2016, Elba used his influence to challenge British parliament on the lack of diversity on screen. In the same year, he made Queen Elizabeth’s New Year’s Honours List and Time 100’s list of the Most Influential People in the World. Green Door continues to provide Elba with a channel for his influence, aligning with Film London, Creative Access and the MAMA Youth Project to provide on-the-job training and help undiscovered talent find a way into the industry. In 2017, Elba worked with BBC Three to commission and produce a block of original short-form content that featured the best new and emerging talent in the industry.

Last year, Elba starred in and executive produced the hotly anticipated return of Luther (BBC One), whilst In The Long Run – the Sky series Elba created and stars in, inspired by his own experiences – will return for a third series soon.

Amanda Berry OBE, Chief Executive of BAFTA, said: “We're thrilled to honour Idris Elba OBE with the BAFTA Special Award at this year’s Television Awards ceremony. Idris is one of Britain’s best known actors in the UK and internationally with a long and successful career on-screen, and an accomplished director, producer and writer. He is also a driving force for championing diversity, ensuring talented people from all backgrounds achieve their potential. We’re delighted to recognise Idris, and his outstanding work, at this year’s ceremony.”

Idris Elba OBE said: “It's a great privilege to be honoured with the BAFTA Special Award. It’s been a mission of mine to provide opportunity and access to emerging talent from diverse backgrounds in this industry, which is the same opportunity I received many years ago from open minded and diversity conscious casting. I thank BAFTA for recognizing myself and others who are dedicated to the same cause, as these are all necessary steps towards helping to shift the awareness and understanding of the diversity gap in entertainment.”

To watch Idris Elba OBE accept the BAFTA Special Award, tune in to the Virgin Media British Academy Television Awards 2020 on BBC One at 19:00 BST on Friday 31 July 2020.