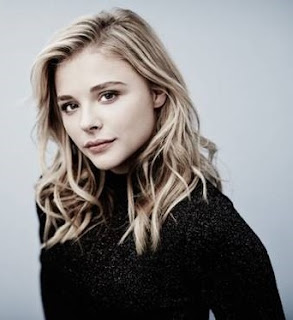 Miramax have announced a new sci-fi thriller Mother/Android, written and to be directed by Mattson Tomlin and starring Chloe Grace Moretz...

This fast-paced action-thriller with exhilarating set pieces and a rich, emotional core is loosely based on the personal experiences of Tomlin's birth parents, a young couple who were determined to save their child amid the dangers of the Romanian Revolution.

Set in the near future, Mother/Android follows Georgia (Chloe Grace Moretz) and her boyfriend Sam through their treacherous journey of escape as their country is caught in an unexpected war with artificial intelligence. Days away from the arrival of their first child, they must face No Man's Land – a stronghold of the android uprising, in hopes of reaching safety before giving birth.

"Tomlin gracefully weaves the history of his roots into a futuristic tale with an imaginative twist on reality," says Miramax CEO Bill Block. "It's a true testament to his talent and unique approach at captivating broad, global audiences."

"Mother/Android is a deeply personal story inspired by sacrifices made to bring me into this world," says Tomlin. "I'm thrilled to be working with Miramax and my friend Matt Reeves to tell a story that speaks to the strength of humanity in the darkest of times."

Matt Reeves will produce for his 6th & Idaho production company, alongside Adam Kassan and Rafi Crohn, Charles Miller and Miramax's Bill Block. This marks the second project to come from Reeves and Tomlin after collaborating on the upcoming The Batman. Production for MOTHER/ANDROID will begin on September 28, 2020.

Mattson Tomlin is a screenwriter/director, best known for his original screenplay of the recent Netflix film Project Power. The blockbuster, based on his original IP which he wrote at the age of 27, stars Jamie Foxx and Joseph Gordon-Levitt.

He also scripted and produced the upcoming film Little Fish starring Olivia Cooke and has gained attention for being brought onboard to co-write The Batman with Matt Reeves. Earlier this year, he began writing the pilot for an adaptation of the comic book series Fear Agent, and a film adaption of the comic book series Memetic for Lionsgate; both from Seth Rogen's Point Grey Pictures. He recently sold a spec script titled 2084 to Paramount and is also writing a film adaptation of the videogame Mega Man.

Tomlin was born in Romania during its Revolution and was quickly adopted into the US, growing up in Massachusetts and later attending college in New York at SUNY Purchase. While getting his Master's Degree in directing at the American Film Institute, he created over a dozen short films, most as writer-director. Tomlin has appeared on the annual Black List six times in the past four years. Now at age 30, he currently resides in Los Angeles.
Image - IMDb
Email ThisBlogThis!Share to TwitterShare to Facebook