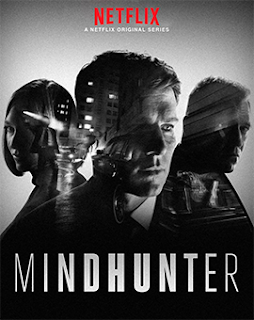 In a series of articles, Susan Omand and Steve Taylor-Bryant are going to remember the policemen, spies and criminal specialists that entertained them over the years. Today, Steve embarks on a journey with the creation of an FBI department that would go on to be the most well regarded in the world…

I have always been obsessed with certain aspects of a killer’s story. We learnt about crime and punishment in school many years ago but that was all about what somebody did and how they got caught, which whilst important felt like only half the story to my inquisitive mind. Then shows like Cracker came out and the psychology of a criminal and why they did what they did finally opened an interest in me that I have never been able to switch off. The Behavioural Sciences aspect of Silence of the Lambs, questioning a convicted killer to gain psychological information about another potential suspect, were by far the most fascinating scenes in that film for me and set me on a path to read books about the processes that agents and law enforcement would use to profile, question, and then capture perpetrators of violent crimes. But where on earth did all this begin, who thought that questioning convicted killers would lead to an enlightened way of policing? Enter the book Mindhunter: Inside the FBI’s Elite Serial Crime Unit by retired agent John E. Douglas and Mark Olshaker which delves into the beginning of what would become a worldwide standard in criminal investigation. The book was incredible, the insights that Douglas and his eventual colleagues when the Bureau began to back him got and the crimes they managed to solve with their unique way of investigating was astonishing and I could see how certain characters in crime related television and film were built from these pages. However, I felt the book as a piece of non-fiction was inspired but almost unfilmable, so many details, so many boring journeys, so much frustration, case after case after case, but it turns out I was partially wrong. The contents of the book, the murderers and police spoken to by Douglas and his team over the years could indeed be made into riveting drama, but with some dramatic flourishes and some created fictional characters to drive the narrative and what we got was one of the best investigator shows ever put on a television screen.

Mindhunter season 1 follows agent Holden Ford (Jonathan Groff), a hostage negotiator and teacher for the FBI as he becomes frustrated with his position and wants to start investigating why these criminals do what they do so he can develop a way of stopping them. He is reluctantly put out to road school with Special Agent Bill Tench (Holt McCallany), sent to the far reaches of the United States to teach local law enforcement how to carry out investigations. On one of their trips to Sacramento, California at Holden’s insistence, the duo visit the facility that houses killer Edmund Kemper (Cameron Britton) and he surprisingly grants them an interview where they learn a fair bit about the psyche of a killer. The time goes by and a reluctant hierarchy at the Bureau grant Ford and Tench a basement room to start a department that analyses the crimes and supports local police with violent crimes that are beyond them, along with Doctor Wendy Carr (Anna Torv) the beginnings of what we now recognise in Silence of the Lambs starts.

The show was just perfect in every way. I have long condemned onscreen storytelling for sticking with a rigid structure to display its narrative. A film has to be X minutes long, leading to stories not told in enough depth or films that drag to reach the performance figure. Television with its strict runtimes and advertisement breaks built into its scenes and dialogues that ruin any chance you have of being gripped. These problems do not occur with Mindhunter as the shackles appear to be off with episodes only lasting as long as is needed to tell the story. From an hour long, to 45 minutes, to one episode not much over half hour in length, the runtime is there to serve the drama, not to serve some archaic format and it helps deliver in a big way controlling the pace at which we the viewer learns, controlling the speed at which we are grabbed or released by what is unfolding on screen. It does not hold back in the horror of a crime scene, or the sexual nature of an attack, or with its time periods views on race or politics, or gender. It embraces the darkness that these agents had to go to and takes you on just enough of the journey to give you a sickening taste of life but without leaving you the trauma that these men and women went through mentally, physically (the collapse of Ford in the hospital at the end of season 1 is a real event from Douglas’ life), and personally with relationships on an edge and civilians attached to them hurt or confused or angry with them for bringing that darkness into their homes. It deals with a Federal Department just finishing its iron strong and singular way of doing things under its founder and supreme leader J. Edgar Hoover, and so you have the dichotomy of the Hoover stalwarts rigid in their structures and those that allowing the bureau to take on a new more freeing way of working. It does not hide the intelligence that people at the coal face had and shows indeed the troubles they had taking their academic theories and terminology and being able to boil that down into simple soundbites that smaller, less educated or experienced police officers/lawyers/prosecutors/juries would be able to understand, including the creation of the term serial killer that we use today.

From the period aesthetic, to the incredible writing, to the most perfect casting, to the soundtrack, and the set design and the everything else, Mindhunter is one of those rare shows that hits every beat, that ticks every box, that breaks open a traditional way of doing things for the improvement of everybody both in its script and in its creation. Roll on more episodes.
Follow Steve on Twitter at @STBwrites
Image - IMDb
Email ThisBlogThis!Share to TwitterShare to Facebook