CLASSIC DOCTOR WHO ON BRITBOX – Survival 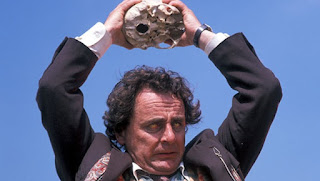 On 26th December 2019, 627 pieces of Classic Doctor Who content were made available to Britbox subscribers. Every Sunday in 2020, our Doctor Who expert, Tony Cross, looks back at some of the classic stories. Today is the Seventh Doctor adventure Survival...

Here we are watching between 22nd November to 6th December 1989 and Classic Doctor Who is coming to an end with Survival. The culmination of the BBC's gradual falling out of love with Doctor Who as a programme, the cancellation came at a time when the series had recovered some of its joi de vivre after the nadir that was Season 24. Both Season 25 and Season 26 are filled with good stories, performances, and ideas but then logic is never one of the television industry's strongest suits.

Survival is written by Rona Munroe and with its connection to the real world of multi-racial West London housing estates and its focus on Ace could arguably be seen as the template for New Doctor Who. I have already said that Rose is just Ace with fewer explosives but there is an element of truth in that description. Ace's character arc, her 'realism' (by BBC/Doctor Who standards) and her centrality to many of the stories is Rose. The main difference is that New Who has allowed companions to have a deeper emotional life: the 'soap opera' elements for which it is much criticized by some.

So Survival is interesting as an example of a hybrid of Old and New Doctor Who.

It links with Ghost Light in its Darwinian themes - this time evolution in its warped format as 'survival of the fittest' with added Master.

This is Anthony Ainley's last appearance in Doctor Who and in my opinion, is pretty much his best. Having the Master on the verge of turning into an animal, trapped and desperate brings out something good in Ainley's performance. He's (mainly) more measured and subtle than he has been on other occasions. It is as if the Master's loss of control has made Ainley more controlled. He's one of the story's strengths.

One of the weaknesses is the animatronic cat (or kitling to give it its proper name). It looks incredibly unconvincing, partly because we all know what a cat looks like and how it moves so when this animatronic thing hisses at us and it looks wrong we know it is wrong. It is definitely a problem. As - to a lesser extent - are the cheetah people themselves who are a little bit too cuddly to feel truly threatening, although I do not think they are bad costumes they just don't quite achieve what they are meant to.

However, neither of those things are as irritating as the motorcycle sequence, which is ridiculously silly and unrealistic. Combined with the fact that the gang of lads from the youth club looks like the members of a failed boy band - and just as threatening - as they make to attack Ace. It says a lot about Sophie Aldred's acting ability that she manages to be realistically terrified of them as opposed to pointing and laughing.

For a JNT story, Survival is without too many starry special guests. Although Hale and Pace - who were famous comedians at the time kids - have a short cameo as Len and Harvey who own a corner shop. It's not the most impressive of acting performances from either of them but the sequence works well enough.

Generally, the performances are OK, although Will Barton's Midge isn't great, to his credit he does improve once he's been cheetahed and Mastered. Julian Holloway as Paterson is pretty good though. Everyone knows someone like Paterson.

Sophie Aldred is wonderful again, especially in her scenes with Lisa Bowerman's Karra, the only Cheetah person to get any lines. Sylvester's pretty good too but I have to admit to finding his shouty scenes a little difficult to watch. He's much, much more impressive doing quiet, brooding and 'dark' than raging. But as I've said before perhaps it is good that the Doctor is a rubbish shouter. Sylvester's Doctor is definitely the quiet one.

So it isn't a bad story given a nice finish as the Doctor soliloquies into the sunset with Ace. Somewhere they've got work to do but it isn't going to be on BBC television for some time...and it'll be almost eight years before Sylvester gets to deliver his next lines as the Seventh Doctor and to hand over the TARDIS to Paul McGann.