Documentaries - Flint and The Island And The Whales 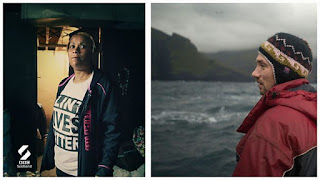 Internationally acclaimed feature documentaries – heralded for highlighting major pollution issues – are to be showcased on the BBC Scotland channel in December...

Flint and The Island And The Whales, both made by filmmakers based in Scotland, have garnered plaudits for their in-depth and sensitive tackling of two very different instances of the effects of pollution.

Flint, made by Montrose-based film-maker Anthony Baxter, focuses on the astonishing story of the city Flint, in Michigan, whose water supply was changed to save money from the Great Lakes to the Flint River, heavily polluted from decades of industrial waste. Baxter and his team stayed on after the town hit global headlines and their film reveals a story of twists, with local people left wondering who to believe or turn to for help.

While The Island And The Whales was filmed in the Faroe Islands and highlights a community grappling with the loss of a centuries-long tradition of whale-hunting and eating as evidence builds up of modern-day toxicity in whale meat leading to neurological illnesses.

Five years in the making Flint starts with the initial furore about the change in water supply and the ill-effects it causes, prompting support from the likes of Hollywood star Mark Ruffalo - who features in the documentary - but also keeps the cameras trained on the story after Flint is no longer in the global media headlights. Among the twists in the film is the changing positions of scientific advisers - with one adviser at the heart of the initial local campaigning ‘crossing over’ to the other side and the local government team - and narrator Alec Baldwin opting to come ‘out front’ in the film and go on camera to visit families in Flint.

It had its UK premiere at this year’s Glasgow Film Festival and was due to have its US premiere at the world’s largest Environmental Film Festival in the country’s capital Washington DC in March, before that, and a slew of other festivals it was due to be shown at, were cancelled because of Covid-19. It has since been shown at virtual festivals in the US, Germany and the UK, winning a Best In Show pick at the industry event Mipcom and has been hailed as a “monumental testimonial”.

Anthony Baxter, of Montrose Pictures, says: “I arrived in Flint Michigan, USA in 2015 - before the water disaster hit the world’s headlines. And I continued to follow the many twists and turns of the story over the next five years - long after the news cameras had left. The film reveals what happens when trust in authority irrevocably breaks down. The long-term impact of the poisoned water consumed by tens of thousands of Flint residents has yet to fully emerge.”
Film-maker Mike Day, who is based in East Lothian, spent five years making The Island and the Whales. Again it was a story that had received international coverage - the film includes a press conference with former Baywatch star and animal rights activist Pamela Anderson.

But Mike Day worked hard to gain the trust of the community - some of whom had threatened that his cameras might be smashed if he tried to film a whale-hunt – and provide a deeper more nuanced picture of the story. The film has chalked up awards including the prestigious Peabody award for best documentary and the Grand Jury winner of the annual New York documentary film festival DOC NYC.

Mike Day, founder of the company Intrepid Cinema, said : ” I met a group of Faroese sailors while I was shooting my previous film The Guga Hunters of Ness for BBC Scotland. They wondered what we were doing out there in the gales north of the Isle of Lewis! When we told them about the seabird hunters they were keen to show us their own hunting, as they are one of the very few places to eat seabirds.

“It soon emerged that their story was about a lot more than hunting seabirds and whales. Their seabirds were in rapid decline, the birds' food sources gone and their bellies full of plastic; while the whales were so riddled with mercury and PCBs that they were toxic to eat. It seemed these faraway islands had a story that we all needed to hear, the pollution was coming from us not from the Faroes.

“There couldn't have been a film without the Faroese community, in time we were really embraced and it was incredibly moving how much people supported us. As much as they defend the hunting against outside criticism, they know that it is deeply unpopular outside of the Faroes, but there was a feeling amongst many that this was a tradition that would end, and that it should be documented.

“Most of the Faroese population have vastly reduced the amount of whale they eat, so there were others including our main characters, who wanted the film to send a message to the world that the Faroes were a warning to us all, that they may be the first to feel the effects of how badly polluted the seas are, but if we don't act now we'll be next.”

The showing of these films on BBC Scotland comes in the wake of what was supposed to be Glasgow’s hosting of the United Nations Climate Change Conference (COPD) in November this year, and the countdown to the re-scheduling of the event for November 2021.

It also follows the BBC Scotland channel’s television premieres in 2020 for a range of documentary films including Pictures From Afghanistan about war photographer David Pratt’s work in the country, to documentaries from award-winning filmmakers Matt Pinder - Harry Birrell Presents Films of Love and War – Stephen Bennett – Eminent Monsters: A Manual for Modern Torture - and Robbie Fraser - Final Ascent: The Legend of Hamish MacInnes.

Many of these films, including Flint, were part-funded by BBC Scotland.

BBC Scotland Channel Manager Tony Nellany says: “With Flint and The Island and the Whales, the film-makers - who are both from Scotland - have worked incredibly hard to get beyond the headlines and get a real sense of the people and the lives at the heart of the story… and how these stories are relevant to a modern audience wherever they live.

“Broadcasting these films is very much in line with our commitment to showcasing top international work on the channel and looking outwards - supporting film-makers, developing and often partially funding projects - and finding stories of international scale, which will also have a resonance here for our audience.”