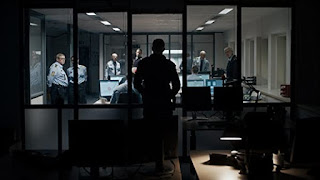 A strong ensemble cast has been announced for The Guilty, the US remake of Danish drama Den Skyldige...

The film takes place over the course of a single morning in a 911 dispatch call centre. Call operator Joe Bayler (Jake Gyllenhaal) tries to save a caller in grave danger—but he soon discovers that nothing is as it seems, and facing the truth is the only way out.

Based on the Gustav Moller-directed Danish drama “Den Skyldige,” which premiered at the 2018 Sundance Film Festival, Nic Pizzolatto (True Detective) is writing the dramatic thriller which is to be helmed by Antoine Fuqua (Southpaw, The Magnificent Seven).

There's no word yet of a planned filming schedule or release date by Netflix but we'll keep you apprised of any more news as we get it.
Watch the original Danish drama Den Skyldige on Netflix