CLASSIC DOCTOR WHO ON BRITBOX – Doctor Who: The Movie 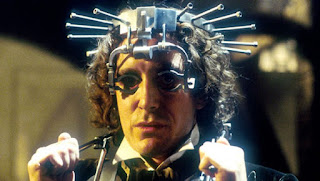 On 26th December 2019, 627 pieces of Classic Doctor Who content were made available to Britbox subscribers. Every Sunday in 2020, our Doctor Who expert, Tony Cross, has been looking back at some of the classic stories. Today, for the grand finale it's Doctor Who: The Movie...

So...it is 27th May 1996 and here we all are. It's a new Doctor Who and it is about time. After all the rumors, including rapping TARDIS's, every actor in the known world lined up to play the part and all that jazz we got this. And in theory, it should be great but it doesn't work.
That it doesn't work is not Paul McGann's fault. He's pretty damn good actually and has the requisite Doctor-ish qualities. A little reminiscent of a young Tom Baker. He certainly looks the part. But the story and the script are pretty poor.

There's too much continuity for a re-boot. Whilst it is lovely to see Sylvester McCoy get a proper regeneration from an old fanboy's point of view it slows the story down dramatically, requires too much exposition and just isn't necessary. Now I'll admit I'm saying this with a degree of hindsight. At the time I suspect I'd have been mortified if Sylvester hadn't got his regeneration but watching it now it isn't necessary. It's a re-boot in concrete shoes.

And if you're going to have continuity then at least make some effort to do it properly. Those terrible Dalek voices, the use of 'cloaking device' instead of 'chameleon' circuit; the Master demanding things; the Daleks allowing the Doctor to collect, etc. These little things are irritating to the initiated, pointless to the new viewer.

Then there's the Master. Now I'm not going to complain about Eric Robert's performance here. I think it makes a nice change for The Master not to be suave, bearded and English. I like some of his scenes with Chang Lee (Yee Jee Tso), which are amusing enough. Yes, he gets progressively more over-the-top as the story goes on and in the final 'drezzzz for dinner moments' the scent of fromage is almost unbearable but I like it. At least he's interesting, which beats virtually every other character in the blessed thing.

What I think I object to most is the total unoriginality of the whole thing: a bit of Frankenstein here, the Terminator there, the X-Files etc. I mean who's Grace Holloway if not a Scully wannabee?

And again that's not the actor's fault. Daphne Ashbrook does a pretty good job with the material she's given but at some points, the character is ridiculously dumb. I'll accept that the shock of the Doctor's non-humanness might be a shock but she's just LOOKED AT HIS BLOOD AND ADMITTED HE HAS TWO HEARTS FOR HEAVEN'S SAKE. That's taking cynicism a step too far. She's not given much to do either, even allowing for the fact that she's supposed to be our guide to this new world and character. It's a shame.

That unoriginality annoys me because it is so transparent. Doctor Who has always 'borrowed' from film, theatre, and literature but done properly something new and interesting comes out of it. Done badly and you've got a chopped up series of homages that don't amount to a hill of beans. 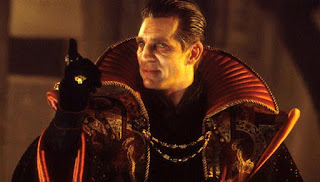 In a way, it's failure taught RTD valuable lessons for when the programme was to return again. No regeneration there, just hit the ground running. Not too much continuity. Does it matter that the Autons had appeared in Doctor Who before? No one had to know anything about the Autons to enjoy Rose...but I'm getting ahead of myself. Several years ahead of myself.

The TARDIS looks cool though, even if all the 'Eye of Harmony' stuff gets on my geek nerves, which I suppose brings me on to the 'half-human' thing. Why? Did the producers feel that the US of A couldn't cope with an entirely alien lead character or that echoing Spock's half-humanness might bring some kind of SF kudos? I don't know but its an unnecessary addition and another blurring of the character. Clearly, everyone quietly carries on in the present series as if This Never Happened.

The ending is so twee and nonsensical as to be both vomit and headache-inducing. Bringing people back to life by traveling to a time before they were deaded and then the TARDI...I mean, please. If you don't want to kill people off, don't. This story has a surprisingly low body count for a Doctor Who story. Poor old Bruce gets snaked to death - and don't get me started on the goo thing...now the Master can turn himself to goo for fu...anyway; a few bodyguards get gooed to possible death but no one else. So the ending feels like a cop-out, a failure of courage.

Which is, in the end, what this whole story is. A failure to have the courage of your convictions. A belief in Doctor Who as a 'brand', but not as an idea. A falling between two stools half-arsed re-boot that didn't really please most old school fans or break the US of A, which was its main objective. The fact it got decent UK viewing figures didn't get us a new series.

So poor old Paul McGann gets judged on this and this alone by most of the general public but as I said at the beginning he's fine. More than fine as Big Finish were to demonstrate.
Tony Cross is the creator of the wonderful Centurion Blog's found HERE and HERE.